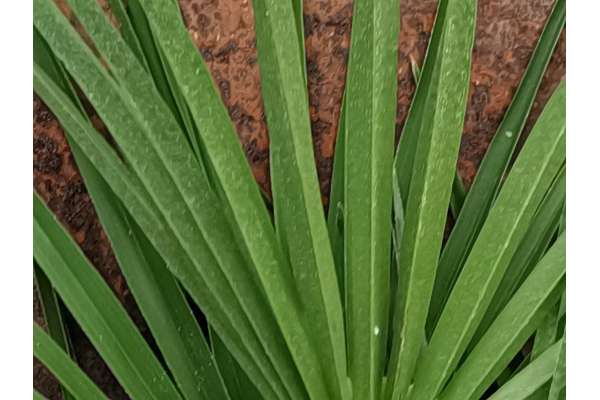 The family consists of two species - Chamaerops humilis and Chamaerops excelsa. The family name derives from the Greek word "chamai" - "on the ground, dwarf", in fact, it is a slow-growing ornamental plant that generally remains low, with the exception of some subspecies that can grow up to 6m in height! Also known as the "palm of St. Peter", it has a large trunk, covered with a dark brown bark. The leaves are erect, robust and rigid, of an intense green color, grouped in a fan shape at the end of long thorny petioles. It is a dioecious plant, which means that it produces both male and female flowers, typically of a pale yellow color, grouped in a panicle. After flowering, it generates many small, oblong, reddish-yellow fruits.