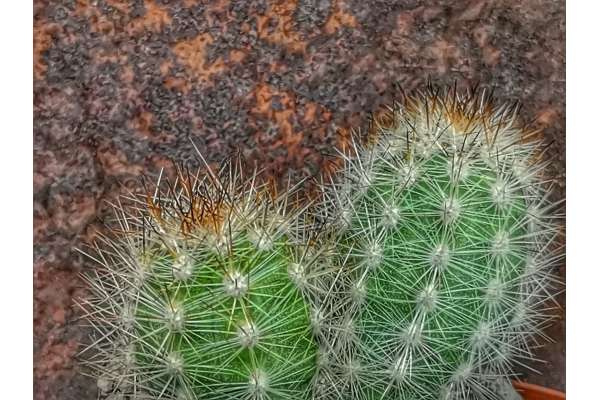 Name 'Mila' is an anagram of Lima, a city in Peru near which the first plant was found. It is a small genus of cactus that includes about thirteen different species, very variable between them. In their natural habitat they grow mainly in extremely arid mountainous areas. Plants of this genus are characterized by their reduced growth, which makes them beautiful miniature cacti, and by their arrangement in small tufts similar to those that form some Echinocereus. This species is highly prized for its bright yellow blooms which contrast nicely with the numerous light-colored spines.