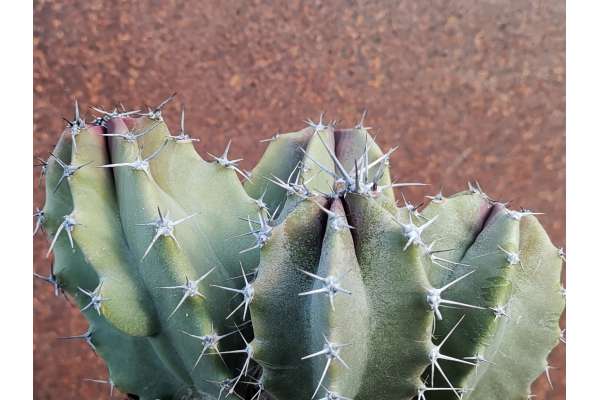 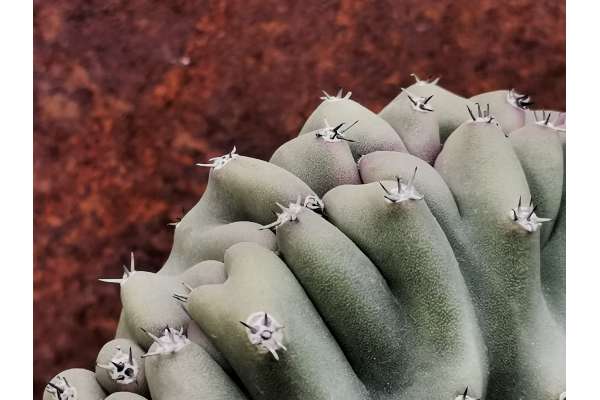 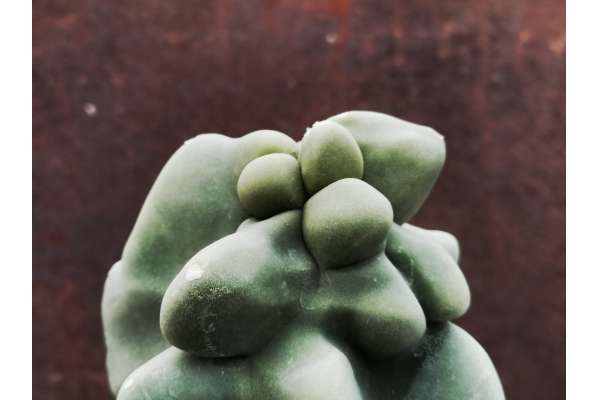 Its name comes from Greek, in which "lophos" means "tuft" or "crest", but it is commonly known in the countries of its origin also with the name "garambullo", to indicate its red fruit, which, in those areas, are even used for alimentary purposes. These are very particular cacti, with a columnar habit and slow growth, but in nature they can reach even several meters in height! The stem of this cactus is unmistakable, with its appearance of molded wax, both for the geometric irregularities and for the opaque green coloration, creating a truly impressive combination! Even more extravagant is its crested form, which, unusually, is found in nature, thanks to pieces of stem, that spontaneously root together. Perhaps not many people know, that this plant, with its remarkable ornamental capabilities, is also considered a powerful medicinal plant in Mexico, used to treat stomach disorders, ulcers, tuberculosis, diabetes and, according to some beliefs, even cancer!