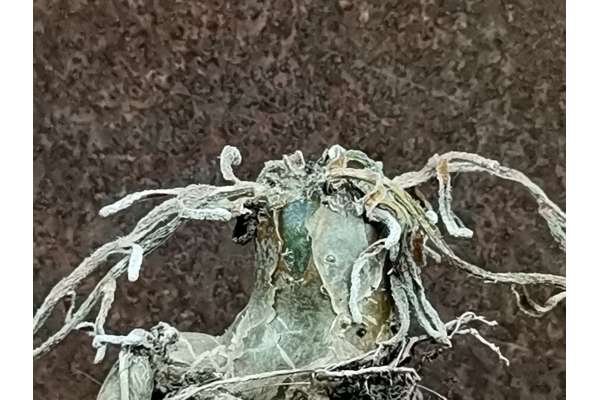 Extremely peculiar genus, whose name comes from the Latin and literally means "leaf like a great pill", in reference to the particular shape of the foliage that makes each species easily recognizable and impossible to miss. It is a genus that includes several species, most of which are united by the massive caudex that distinguishes them: these succulents have tuberous, woody and massive roots that remain in nature mainly underground or partially exposed, while in cultivation it is customary to expose them above the ground to greatly enrich the aesthetics of the exemplar. The caudiciform base, besides being one of the most extravagant among the various types of plants, therefore making this genus particularly coveted by collectors, invests a very important role for the survival of the succulent: In fact, it can retain significant amounts of water, making it available to the plant in times of drought and allowing it to survive for a long time without watering! That’s not all: Phyllobolus adapts to the arid climates of its native habitats storing all the possible humidity also in the periods of vegetation, thanks to the evident bladder cells that many of its species present on the leaf surface. This genus is not only appreciated by lovers of caudex, but also plays an important role in terms of the liveliness that its inflorescences give the environments: between massive tubers and slender and almost cylindrical leaves, stand out bright flowers with filiform petals consisting of unequaled shades on the notes of pink, white or yellow, perfect to give an extra boost to the solemnity and composure of Phyllobolus!