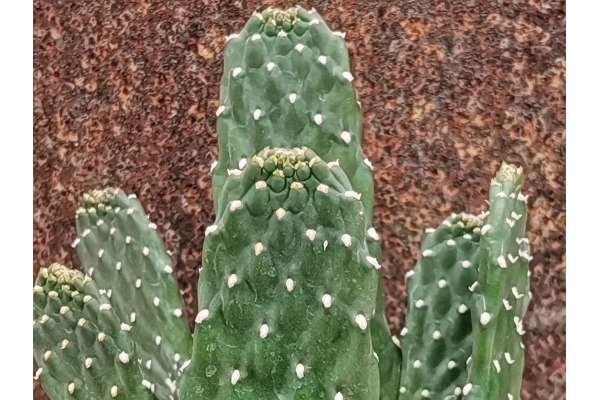 Its name was chosen in honor of Michelangelo Consul, an important Italian botanist. Contrary to most cacti, it is a cactus of an unusual shape, as it has a flat and elongated stem, from which rounded and flattened segments branch off. These plants are often equipped with dense and rather dangerous spines, which the plant has developed to defend itself in its native places; other species, on the other hand, are completely and unexpectedly devoid of quills. However, what easily distinguishes it from any other genera and makes it highly appreciated is its peculiar appearance, which is extremely ornamental!