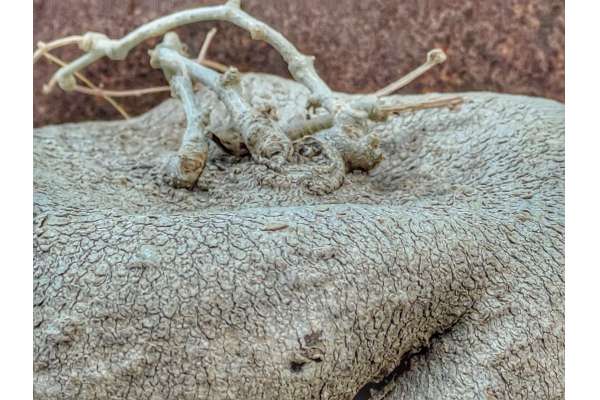 This genus is really very peculiar and not very common, probably because it can become quite big and requires a lot of space. They are considered as succulent plants with a massive perennial stem (over the years it can reach even 3 meters in height!), perfectly blending with the environment, looking like a big stone; from this stem thin annual branches come out, which are equipped with simple climbing tendrils, made of lobed leaves. The large caudex, in addition to a particular appearance, which makes it suitable for decorating any environment, has a vital function for the plant, as it acts as a water reservoir, allowing the succulent to resist even years without being watered! With such a massive and imposing appearance, Ibervillea is not only monumentally majestic, but its root is used among the ethnic groups of its native areas for many purposes: for example, it is considered a powerful anti-inflammatory, analgesic, anti-diabetic, anti-rheumatic medication, as well as a natural remedy for various types of dermatitis. It is a true marvel of the alternative medicine!