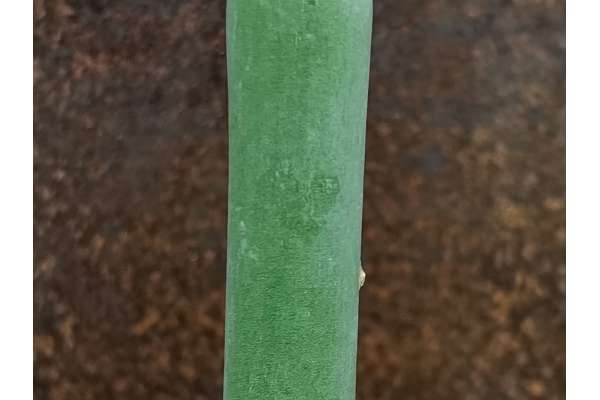 The name derives from Greek and literally means "dog" and "suffocate", probably referring to its strongly climbing characteristic, which gave it the common name of "strangling vine". These are twining or climbing perennials, with ovate or tapered leaves of a beautiful bright green color. In the past it was considered an antidote to poisons and, especially in China, it was widely exploited for traditional medicine, while currently, it is believed that some species have substances that are toxic when ingested! Here are some tips for its proper care and cultivation: Cynanchum needs a lot of light during all seasons, while avoiding direct sunlight, especially during the hottest hours. They are able to grow well even in dim light. It is preferable to keep it at mild temperatures and above all never below 10 ° C, for this reason it is recommended to place it in sheltered places during the winter. Cynanchum needs to be watered moderately, Always make sure that the soil is completely dry before proceeding with the next watering. It is sufficient once a week in spring and summer, with a reduction to every two months in autumn. Suspend completely the irrigations in winter, to allow the plant to enter dormancy. A strongly draining and porous soil is optimal, for example formed by a mix of peat, pumice and lapillus so that water does not stagnate. This is a plant that does not need frequent fertilizations, it will be sufficient to dilute a specific fertilizer with watering once a year.