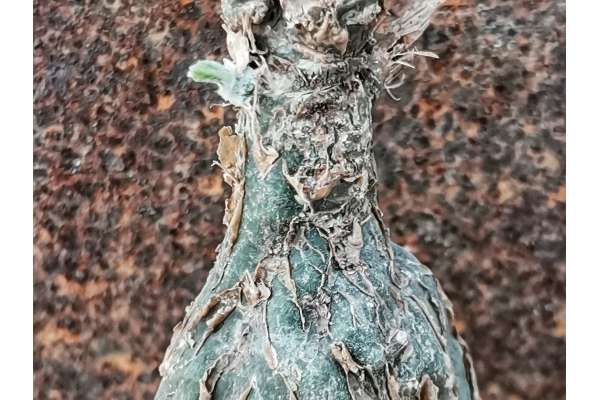 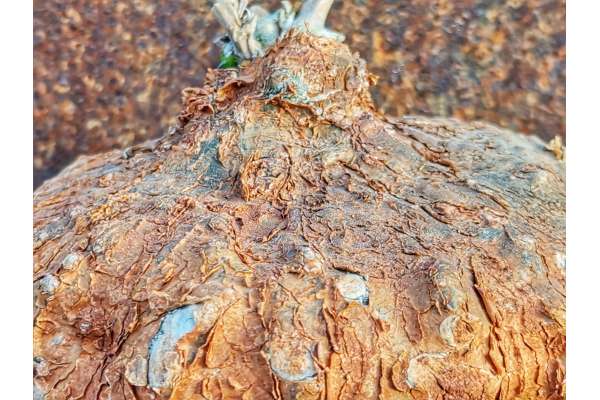 It is an unusual kind of succulent, characterized by a massive caudex, which in nature can weigh up to ten kilos! Its woody stem, covered with a bark rough to the touch, is very particular, as it is strongly lumpy, similar in shape to a volcano, covered with solidified lava. In addition to the peculiar and ornamental appearance that it gives to the plant, the caudex performs the important function of storing considerable quantities of water, which can be exploited in the periods in which the succulent does not have it: it is a clever trick that the Cephalopentandra, like others genera, uses to survive in the arid environments from which it comes. Climbing branches grow from this barky root, which after a while become woody and contribute to giving a vegetative touch to the plant, thus making it even more ornamental and perfect for decorating, with its linearity and simplicity, the most disparate environments!