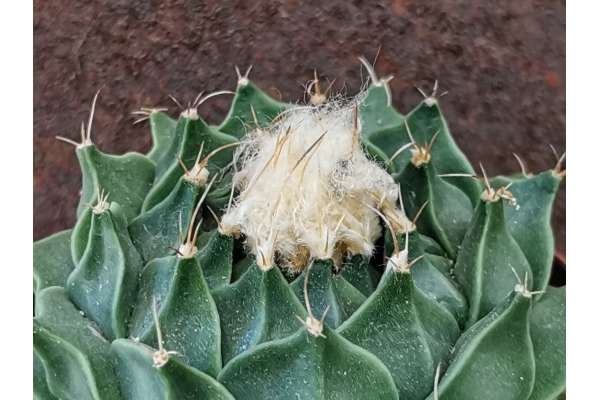 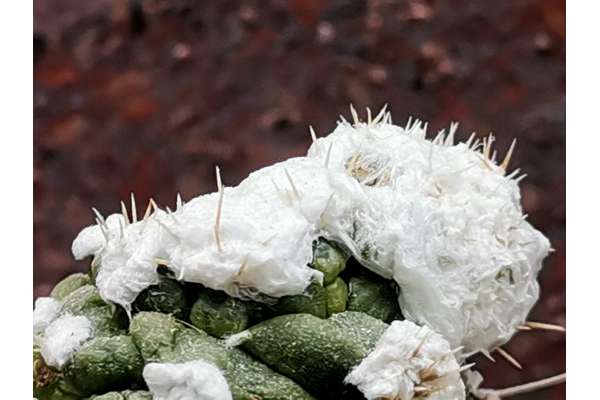 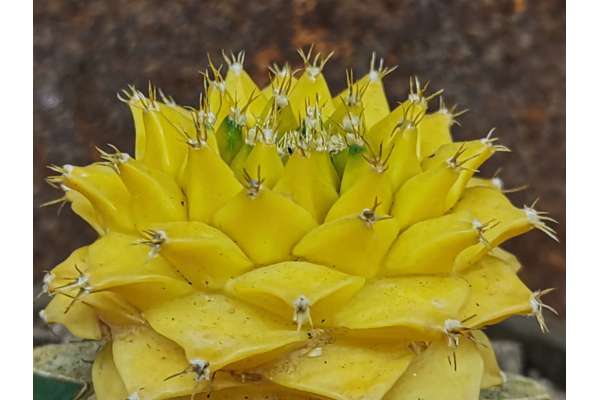 Its name was chosen in honor of Alvaro Obregon, the president of Mexico, often considered a sacred plant by locals. It is a genus, that includes only one species - Obregonia denegrii. It is of a very particular and rare artichoke shape, in which its so-called "leaves" are nothing more than large triangular tubercles, arranged in the shape of a rosette. The stem is globular, slightly depressed at the apex, of a dark green color, which contrasts nicely with the small curved spines, which can be seen at the apexes of the tubercles, and with the apical white down. Due to its unusual shape, it is highly sought after, as long as it is extremely decorative, perfect for those, who want to give an exotic touch to the environments, paying very little attention! Here are some tips for its cultivation: It likes very bright places, however, avoid direct sunlight during the hottest hours of the day. It prefers rather mild temperatures, however it still survives even at temperatures close to freezing if the soil is dry. Water moderately and only when the soil is completely dry. It is enough to water it once a week in spring and summer, reduce it to once every two months in autumn and to suspend it completely in winter. The best soil is a well-draining one, even better if further enriched with inert materials such as pumice, sand or lapilli. They do not need frequent fertilization, it is sufficient to dilute the fertilizer with watering once a year.