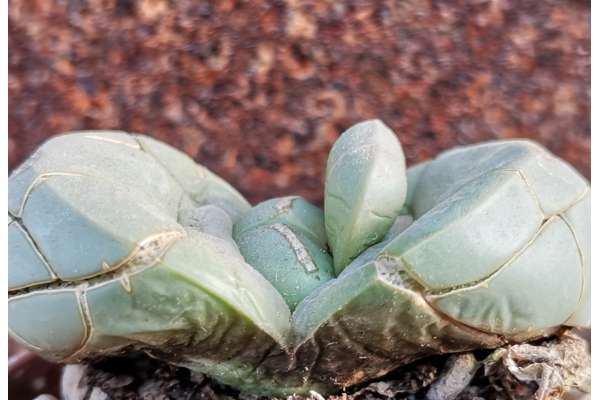 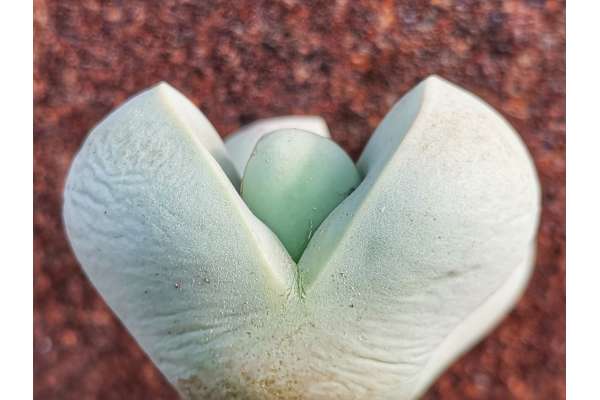 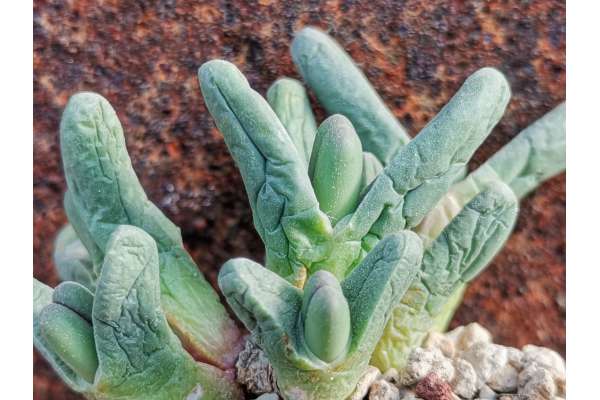 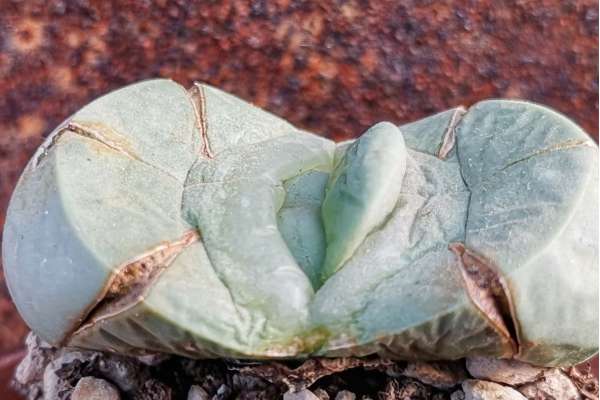 The name Argyroderma comes from the Greek words "árgyros" that means "silver", and "dérma" meaning "skin, epidermis", due to the color of the leaf surface. They are small stone-shaped succulent plants, in fact they are part of the so called “leaving rocks”. In nature it grows dug in the ground, characterized by a central split from which a flower blooms, very similar to a daisy and tinted in colors which range from yellow to purple red. A beautiful houseplant which is highly by green collectors. Here are some tips for its cultivation: It requires a lot of light all year around, however avoiding direct sunlight especially during the hottest hours of the day. However, it’s important to specify that a couple of hours a day under direct sunlight, if not in the central hot ones, helps to develop its silver color. It is preferable to keep it at mild temperatures and never below 10 °C, for this reason it is recommended to shelter it during the winter period. Water moderately only when the soil is completely dry. It is enough to water the plant once every two weeks in spring and summer, once every two months in autumn and suspend it completely in winter. If it’s not getting enough water, its skin will tend to crumble. A well draining soil is an optimal solution, for example formed by a mixture of peat and pumice so that the water does not stagnate. Even though this isn’t a demanding plant, it’s afraid of rotting the roots. They do not need frequent fertilization, it is sufficient to dilute the fertilizer with watering once a year, in spring.