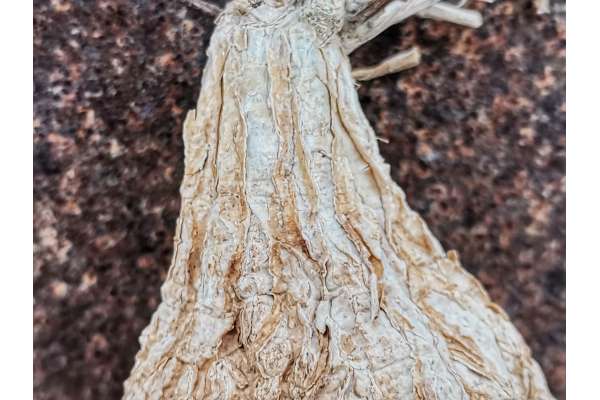 Its name derives from the Latin word "mordeo", which means "to bite", referring to the eroded edges of the seeds and fruits, which look like as if they were bitten. The main characteristic of this succulent is its large caudal root, covered with bark and exposed out of the ground, used as a plant's water reserve, when it loses its vegetation during the winter periods. However, the ornamental and solemn aspect is not the only advantage of this succulent, in fact it is well known in the herbalist field for multiple functions: the fruit is considered useful for the treatment of diabetes, but also of malaria, as well as for its antibiotic and antiviral properties, and even for the treatment of ulcers!