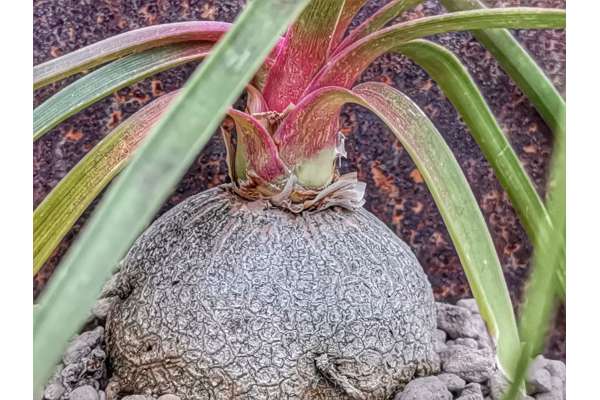 Its name was chosen in honor of the French horticulturist Nolin, who lived in the 18th century. It is a plant, which is highly sought after for the wonderful bottle-shaped caudex, that acts as a water reserve during drought periods and makes each specimen unique in its kind. It is usually made up of very long and linear leaves, with entire or sometimes serrated margins and a skin rough to the touch. These plants are also commonly known as "smoke eaters", as it is believed that they are able to absorb the poisons, contained in a maximum of 3-4 cigarettes a day, thus improving the air quality of your indoor spaces! Others believe that its nickname derives from the fact, that it is able to withstand fires. In nature these plants can reach up to 10 meters in height, tending to branch up, taking the form of a real imposing tree. However, grown in pots, they are perfect for adorning centerpieces or shelves, due to their appearance similar to a miniature palm tree, which will give the environment that hosts them an exotic touch and a remarkable charm for several decades!