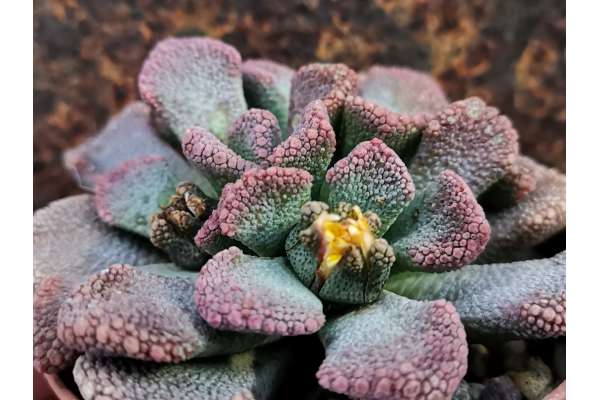 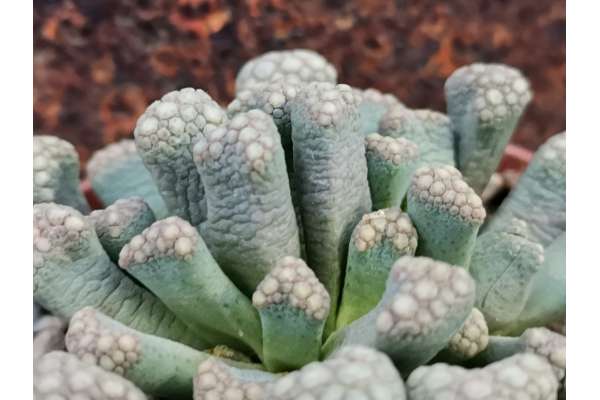 The name of this unusual plant, which never reaches considerable size, derives from Greek and means "with the appearance of limestone", to indicate its peculiarity: the rosettes, in fact, are made up of fleshy leaves with small white swellings on its enlarged tip, thanks to which they tend to blend in with the calcareous soils in which they grow. This feature gives the Titanopsis a truly bizarre appearance which, together with its iridescent colors from green to pinkish-reddish when exposed to considerable lighting, make it very special and an unmissable specimen in your plant collection!