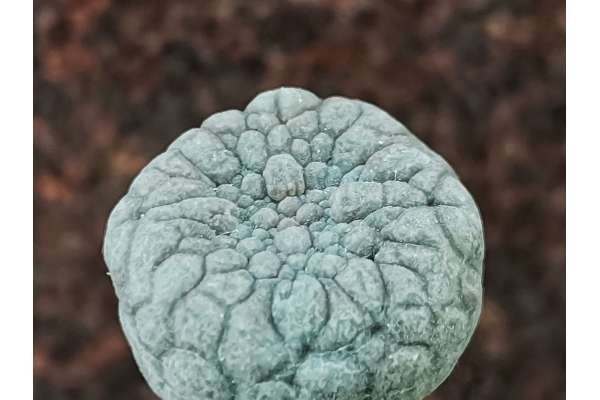 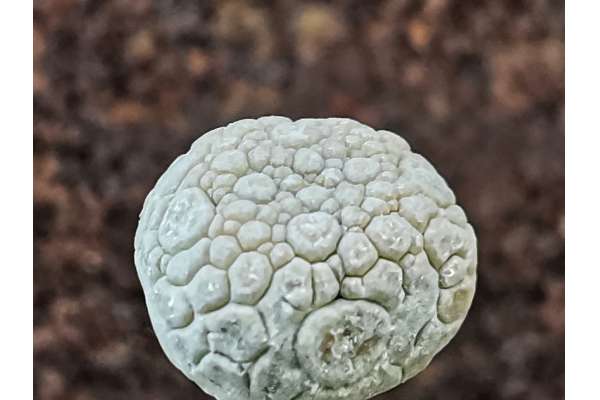 It is a rather recent genus, mentioned for the first time in the 60s’. Its name means "false stone" and makes reference to its overall appearance: at first sight, in fact, it looks more like a stone, thanks to its rounded shape and to the numerous tubercles, not very protruding, which give it a rough and irregular appearance. They mainly grow in countries along the Arabian Sea, from Africa to the Arabian Peninsula: Somalia, Yemen and Oman. They generally grow in gritty soils in dry, tropical environment, with plenty of sunlight. Flowers grow on these stems, on the top of them or along them depending on the species. They tend to be small and dark in colour: red, grey, purple. They spread an unpleasant odour that attracts pollinating insects, usually flies. Here are some tips for its proper care and cultivation: It likes very bright places, however, avoid direct sunlight during the hottest hours of the day. Keep it at mild temperatures never below 10 °C, it is recommended to shelter it during winter. Water regularly but moderately in spring-summer, always making sure that the soil is dry between one watering and another one. During the winter period, reduce watering to once every two months, avoiding stagnation of water. A well-draining and porous soil is an optimal solution, even better if further enriched with 50% of inert materials such as pumice or lapilli. They do not need frequent fertilization, it is sufficient to dilute a specific fertilizer with watering once a year.