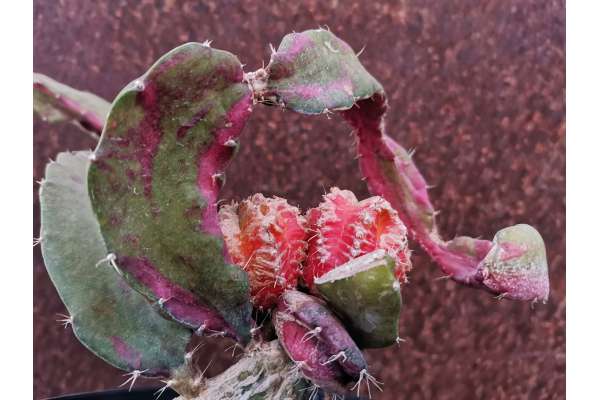 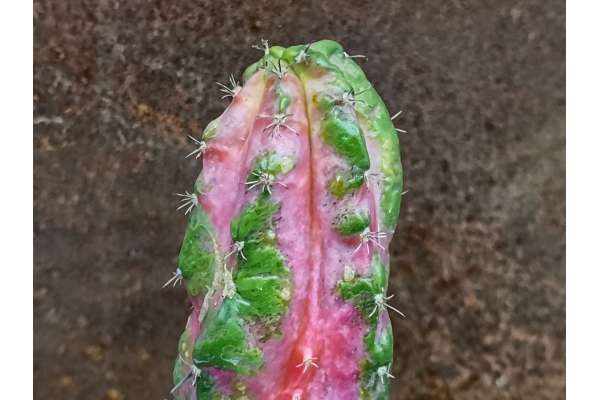 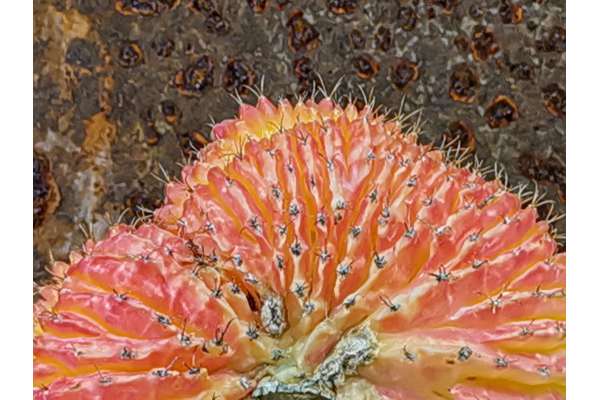 The term Chimera derives from Greek and literally means "goat": it refers to the ancient Greek Chimera, the famous mythological monster, having, according the legend, a goat's head attached to a lion's body. In mythology, chimera refers to a creature made of parts of the body of different animals. Similarly, in botany a Chimera is considered a plant made up of two different species grafted together, which shows distinct characteristics of both of them. The most famous ones are obtained by crossing species of Gymnocalycium and Myrtillocactus, which together create truly unique cacti, with almost fluorescent colors, ranging from red, yellow to magenta! Often they have a monstrous appearance, accentuated by extremely intense variegation: they are true art pieces, created by man through complex grafting techniques refined over time, yet to be discovered! Here are some tips for its cultivation: It requires a lot of light throughout the year, avoid direct sunlight during the hottest hours of the day. Keep it at mild temperatures and never below 10 °C, it is recommended to shelter it during the winter period. Water moderately but only when the soil is completely dry. It’s enough to water it once a week in spring and summer, reduce it to once every two months in autumn, and suspend it in winter. The best soil is a well-draining and porous one, even better if enriched with 50% of inert materials such as pumice, lapilli or clay. They do not need frequent fertilization, it is sufficient to dilute the fertilizer with watering once a year.