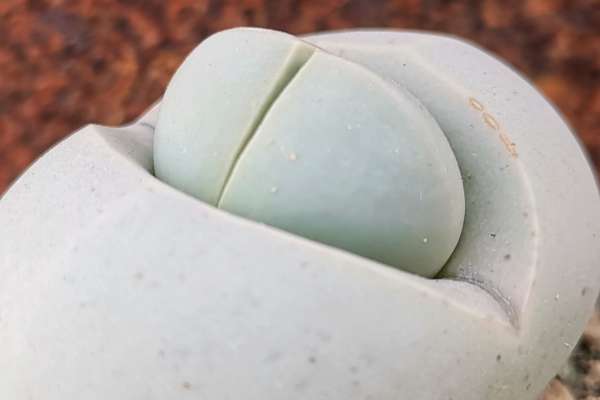 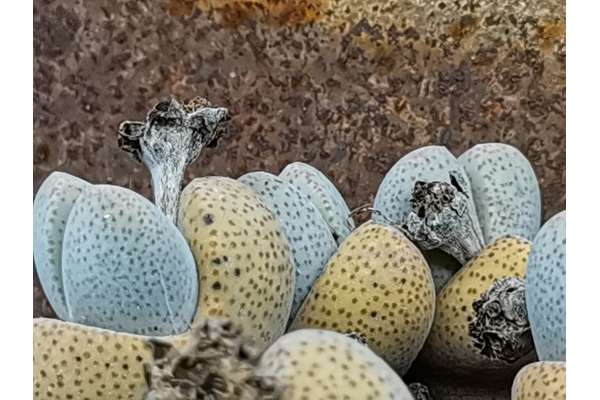 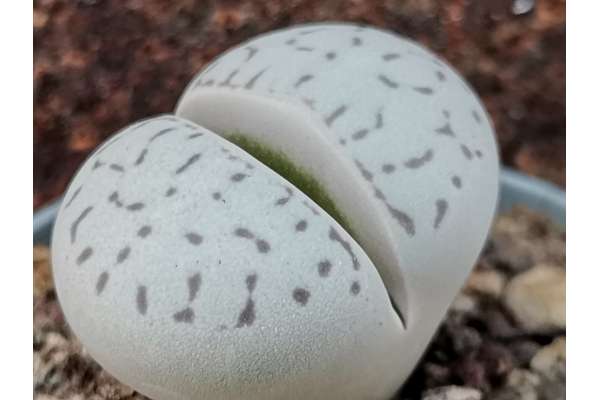 Its name was chosen in honor of Professor K. Dinter, to which the suffix was added, that in Greek means “flower”. They are small stone-like succulents - a peculiarity that commonly makes them known as "living stones": this characteristic is actually a defense that the Dinteranthus has adopted to blend in among the pebbles of the quartz soils, where it spontaneously grows, thus avoid to be eaten by animals. It has small spheroid bodies, consisting of a single pair of fleshy leaves, that contain a lot of water to resist long periods of drought. In the gap between the leaves a single lively and showy yellow flower blooms, which pleasantly contrasts with the cold color of the plant. After the autumn flowering, the leaves dry out to make space for the new foliage. They are particular succulents highly sought after for their unusual and ornamental shape! Here are some tips for its cultivation: It needs to be putted in a bright spot with the maximum amount of light possible. Keep it at temperatures above 5ºC. Shelter it during Winter, keeping it completely dry. Water it regularly all over the year: once a week, always waiting for the soil to dry up completely. During Winter, keep the plant completely dry until it looses its old leaves (March-April). Pay attention to root rot. Choose a well-drained substrate, possibly with an abundant mineral part, a high degree of grit, coarse sand, and pebbles. They do not need frequent fertilization, it is sufficient to dilute the fertilizer with watering once a year.