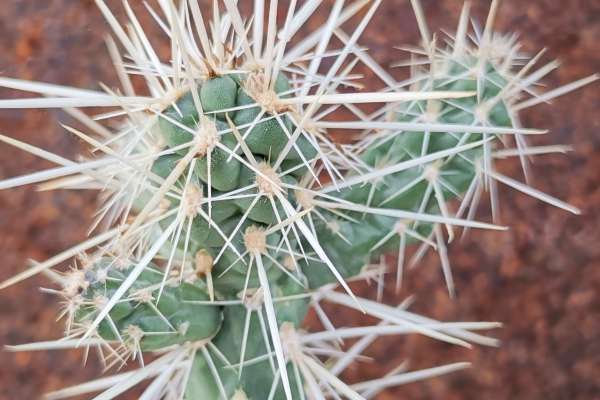 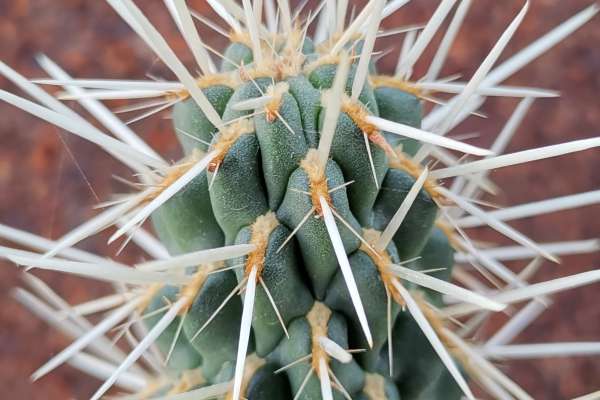 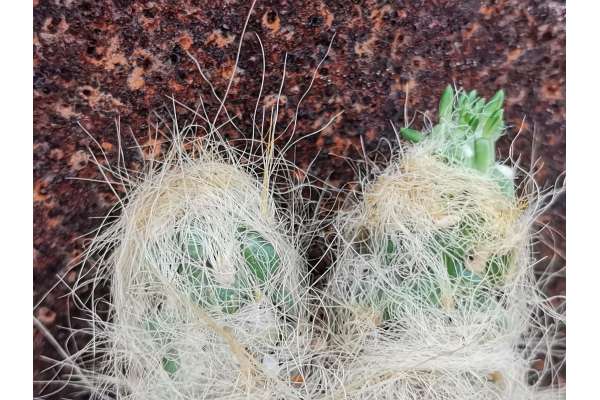 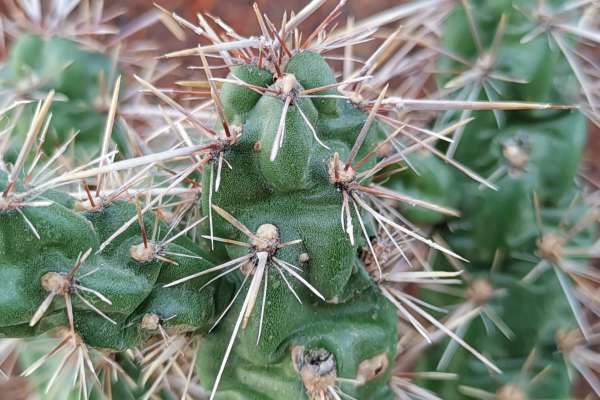 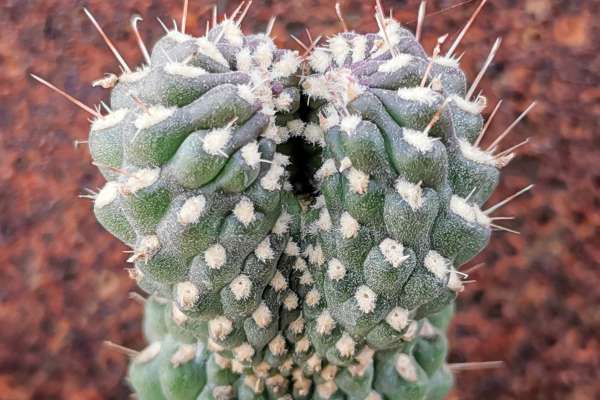 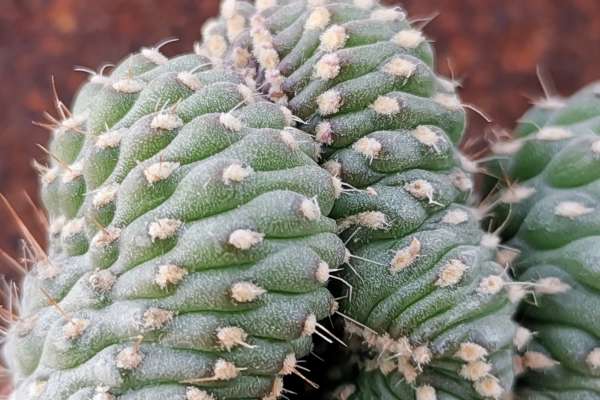 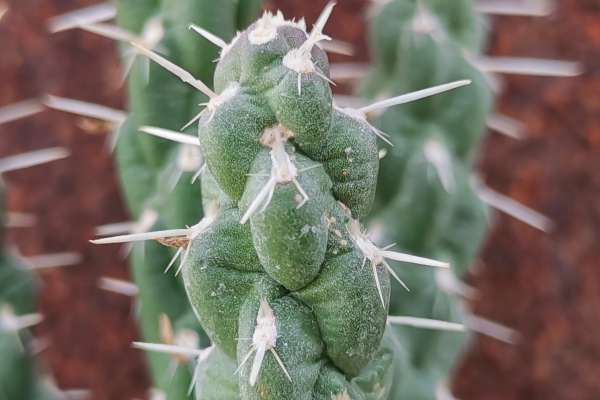 The name basically means "cylindrical Opuntia", referring to the shape of its branches. These plants are also commonly known as 'Cholla' - a term by which they are called in the places of its origin. They have cylindrical and segmented stems which, growing up, in nature can reach up to several meters in height. These plants are equipped with tubercles thickly covered with quills, which give them a silvery or golden appearance, as if they were covered with some sort of a sheath. As many already know, their spines, although apparently they may seem thin and small, anyway are quite dangerous: the spores attach easily to anything they touch, and quite often the entire segment remains attached, thus, in nature, they manage to adhere to passing animals and, an so they are transported to other places where, very easily, they will root and generate new segments (for "jumping" onto the unfortunate animals, they are defined as "hopping Cholla")! They are definitely not plants to caress, but they will undoubtedly beautify and give liveliness to your rooms!