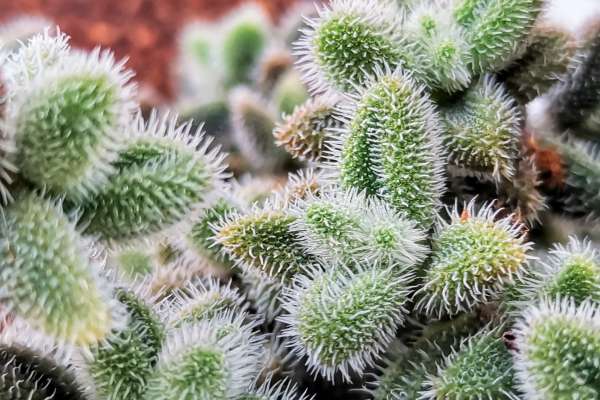 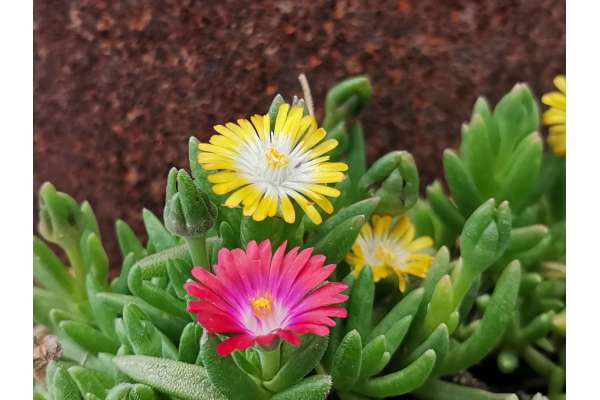 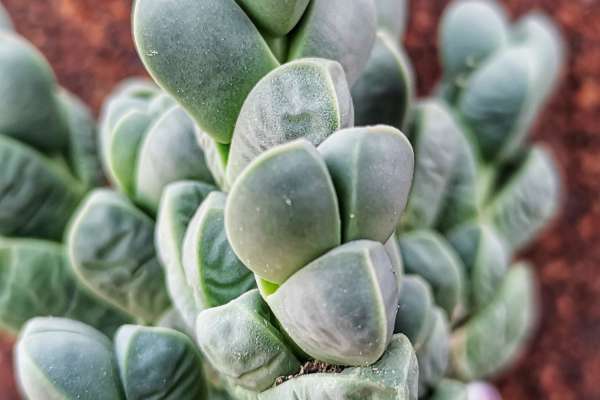 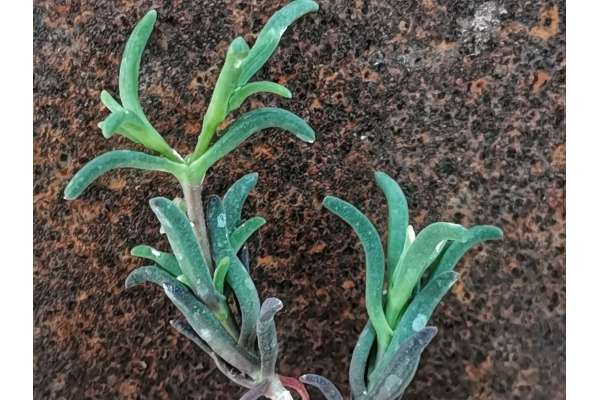 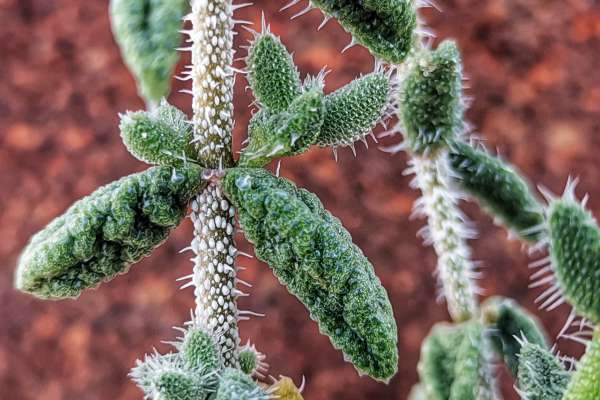 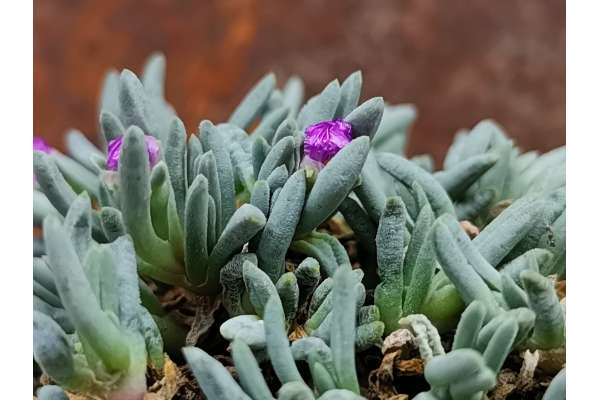 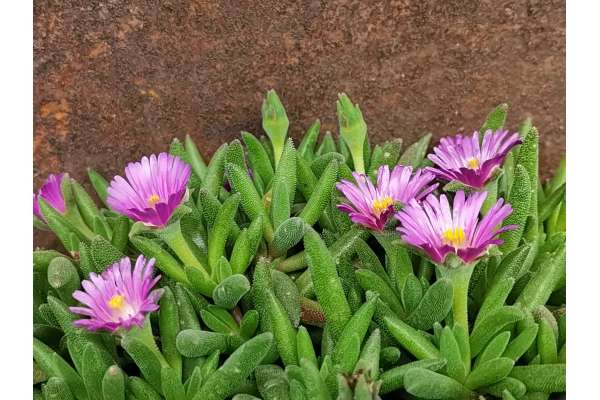 Its name derives from Greek and literally means "visible seed". It has a very rapid growth. This plant has fleshy perennial leaves of a triangular and elongated shape. These are pleasant dwarf succulents, which do not reach great heights but are perfect ground cover, which are perfect even for the most inaccessible terrains, from the cracks in the rocks to the strongly brackish maritime areas, where other plants hardly survive. They are even extremely resistant to low temperatures (for this reason commonly called "ice plants"), making them excellent for outdoor environments even in our latitudes, where they produce abundant inflorescences until late autumn. Its flowers, rather large and very brightly colored, have the extraordinary peculiarity of possessing hygroscopic structures: when the sun rises and overheats them, they dehydrate and therefore open their colored corollas; on the contrary, when the sun goes down and humidity increases, the flowers absorb water and close up! Perhaps not many know that the stems and the leaves of these succulents are considered edible both cooked and raw, with a slightly salty flavor; in traditional medicine they were also used in South America to treat inflammation, pulmonary and urinary infections, liver diseases, as well as to treat lighter skin problems, such as erythema or burns, which is still widely used even nowadays. It is not easy to find another plant that is equally resistant to cold, drought and at the same time so highly ornamental, which also guarantees a beautiful flowering in the colder months!