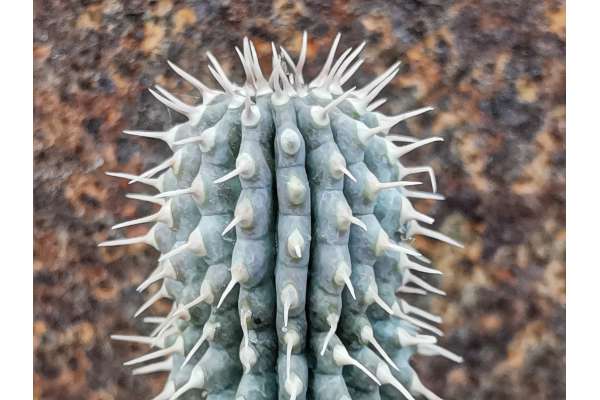 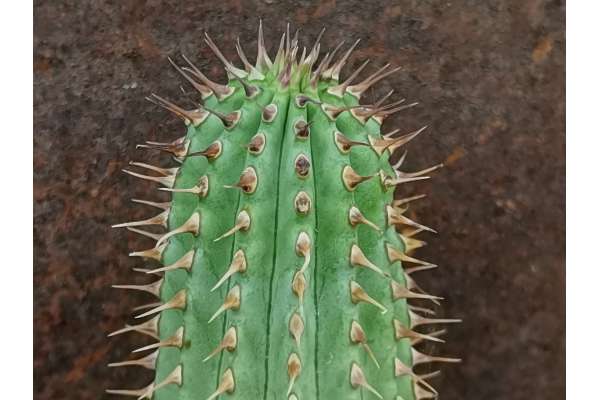 Its name was chosen in honor of the grower Van Hood. At a first glance, they are very similar to cacti for their thickly ribbed and spiny stems. They have taken this appearance to adapt themselves to survive the original desert environments, storing water in their fleshy stems and presenting themselves with numerous spines, instead of leaves, to keep as much water as possible: this adaptation has made them extremely resistant, both to heat and frost! However, they are profoundly distinguished from cacti, when they bloom with their showy, flat, rounded, five-pointed flowers, sometimes covered with light hairs, that protect them. Perhaps not many know, that these plants, edible since ancient times, possess the important capacity to inhibit hunger - a characteristic, that has opened the field to them in the world of slimming diets, as well as in medicine in general, to fight the problem of obesity: the active substances of Hoodia replicate the effect, that glucose has on nerve cells, blocking the stimulus of hunger and, at the same time, maintaining the necessary energy levels. Studies are still in progress, but we can say, that this plant is truly multifunctional, combining utility with its highly exotic and ornamental appearance!