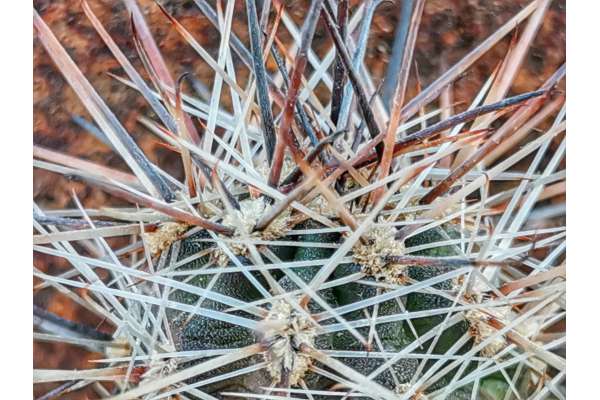 The name Ancistrocactus derives from the Greek words "ancistron", meaning "fish hook", and "kaktos", meaning "spiny plant", because of the strongly hooked central spines. The genus grows in arid regions, on sedimentary, alluvial soils and on hills in rock crevices, on the altitudes from 20 m to 1700 m above sea level. The species is characterized by globose or erect stems, covered with more or less rigid hooked spines of a pale color. The flowers appear during the spring season, and then remain until the arrival of the first autumn cold. It is a plant easy to cultivate, as long as it does not require particular care to give the best of its beauty in every season of the year.