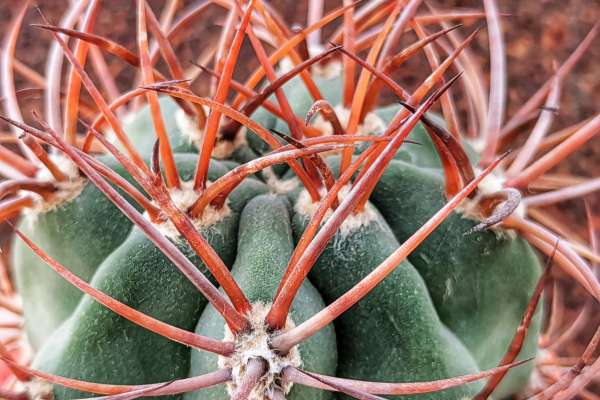 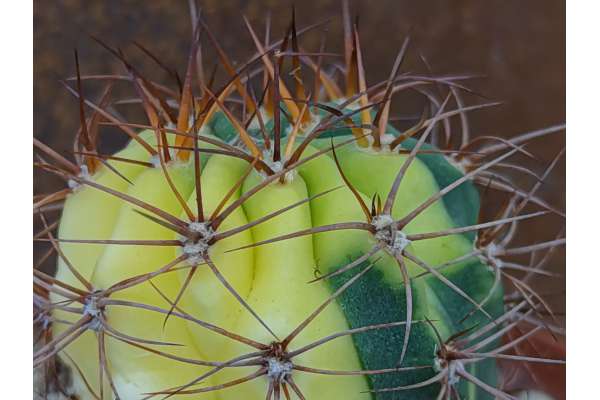 Its name is a nice anagram of Mendoza, the Argentine city, from which this wonderful cactus mainly comes. This genus includes only two species, both consisting of a globular body, which remains spherical for a long period before becoming slightly columnar. It has wavy ribs, covered by long sturdy spines, often curved, which protect the plant. Its peculiarity compared to other cacti are certainly the flowers, which are usually of a red color and that remain always closed! It is a cactus with a very slow growth but also extremely long-lived. Not many people know that, due to its robust spines, it is one of the few plants used as an "amplified cactus": this plant is used as an unusual musical instrument, mainly in South America, in which a delicate and pleasant sound is produced by running your hand over the big quills! Here are some tips for its cultivation: It likes an exposure to full sun in rather airy locations. It is preferable to keep it at mild temperatures and never below 4 °C, for this reason it is recommended to shelter it during the winter period. Water moderately and only when the soil is completely dry. It is enough to water it once a week in spring and summer, reduce it to once every two months in autumn and to suspend it completely in winter. The best soil is a well draining one, for example formed by a mix of peat and pumice so that water does not stagnate. They do not need frequent fertilization, it is sufficient to dilute the fertilizer with watering once a year.