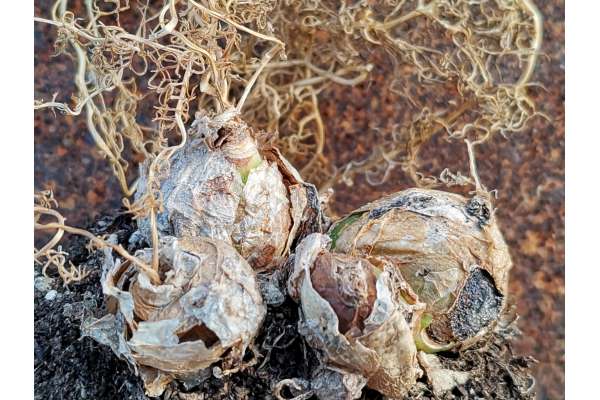 The Bowiea genus is named after the British plant collector James Bowie. Plants of the genus Bowiea, also called "climbing onions", originate from a region, extending from Kenya to the Cape province, and grow in arid and desert areas. They have a spherical bulb that stores water to survive drought periods, from which a stem with a few deciduous leaves (which fall down in the dormant season, and then grow back) comes out. The Bowiea blooms with small white or green starry flowers.