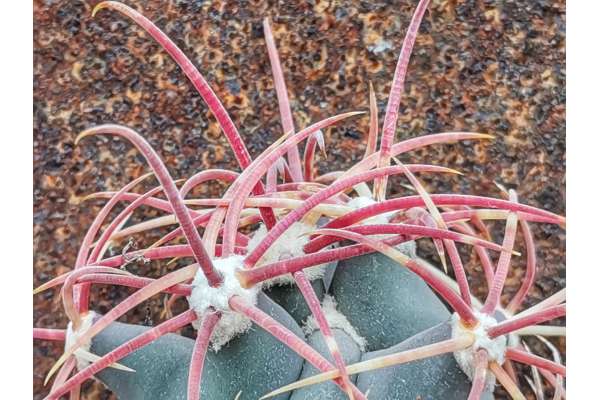 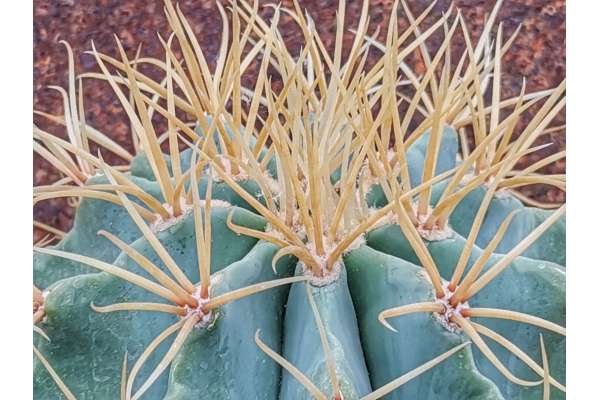 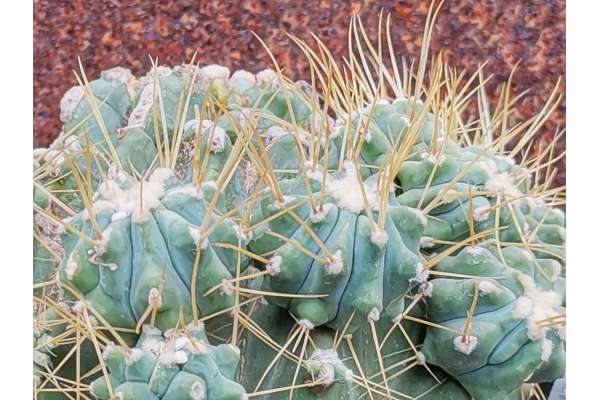 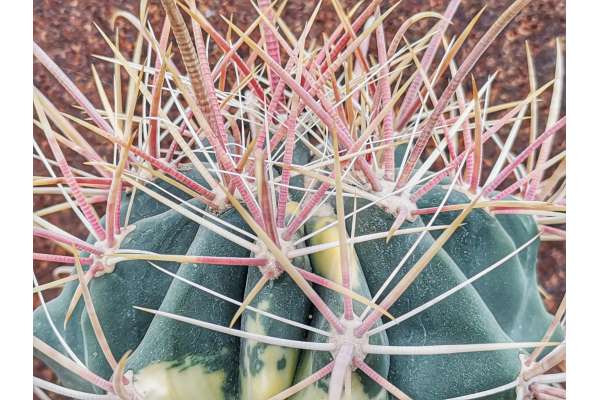 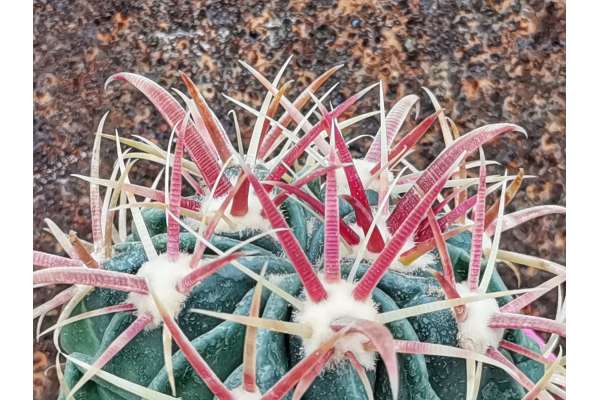 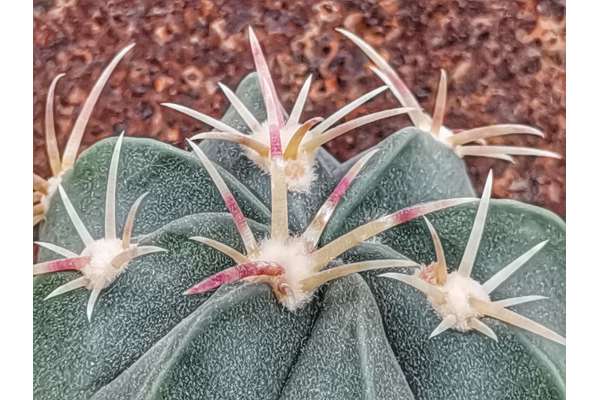 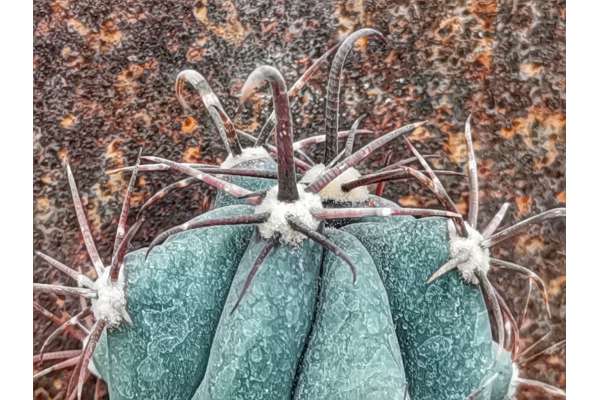 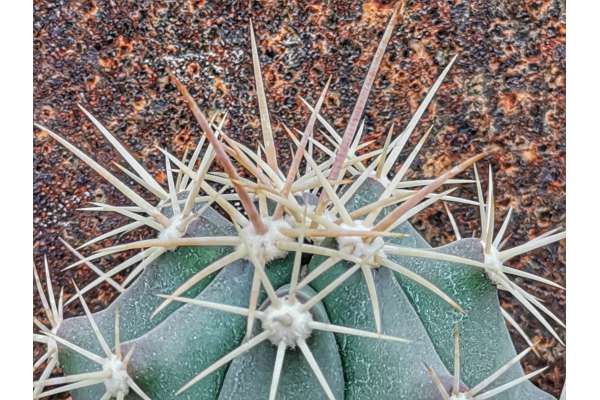 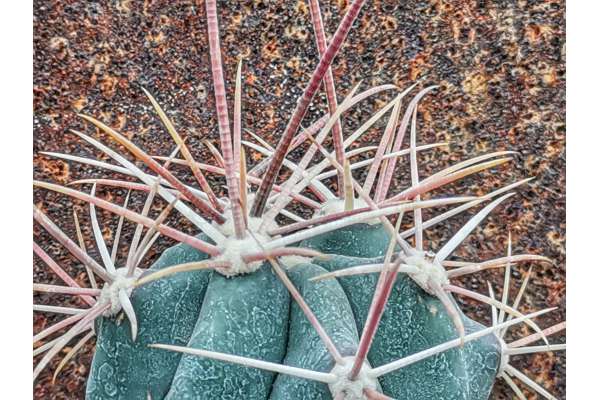 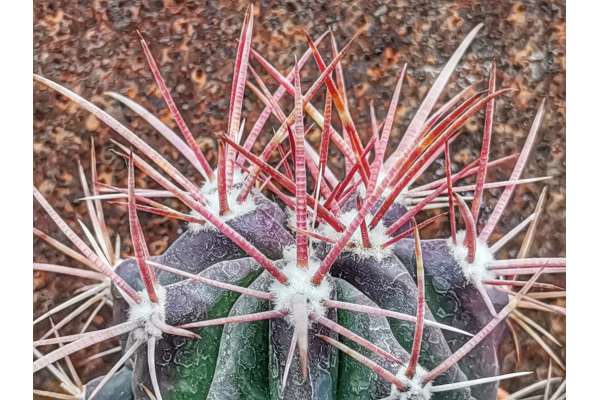 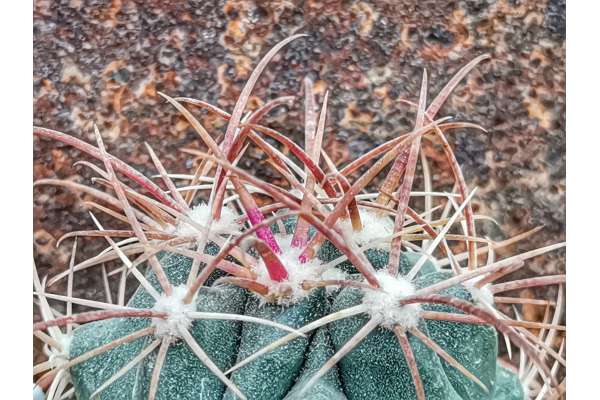 Its name derives from Latin and literally means “ferocious cactus”, in reference to its large, very robust and often hooked spines. The spines develop on the globular body of the cactus, along very marked ribs, colored in a typical bright green color, though sometimes the body can be pale green, tending to greyish (due to the trend of the furrows, they are also commonly called "barrel cactus", comparing them to wine barrels). It is a very resistant plant, its appearance demonstrates that it has adapted perfectly to the arid climates of the areas of its origin: it has many narrow ribs, which allow it to have more shaded areas of the body; leaves transformed into ferocious spines, which help them to retain water and prevent animals from eating them; an epidermis that has no foliage, is able to perform chlorophyll photosynthesis! Only after several years you will be able to admire its beautiful flowers of multiple colors, however, they are extremely ornamental from an early age thanks to its unmistakable spines, which are often of characteristic red shades: it is a necessary armor for the plant, and an enrichment, that makes these cacti unmissable, for us!