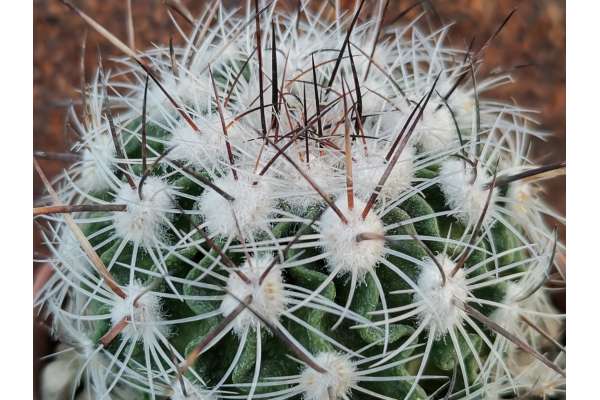 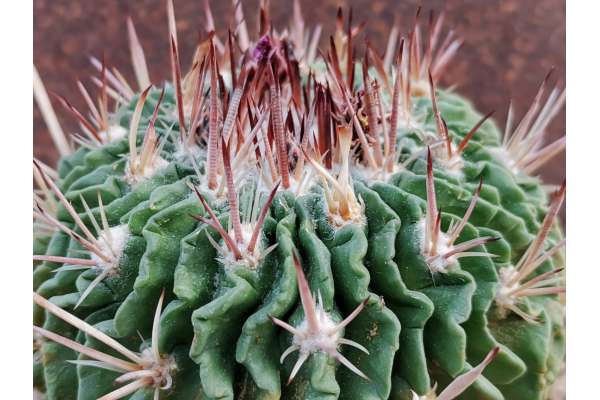 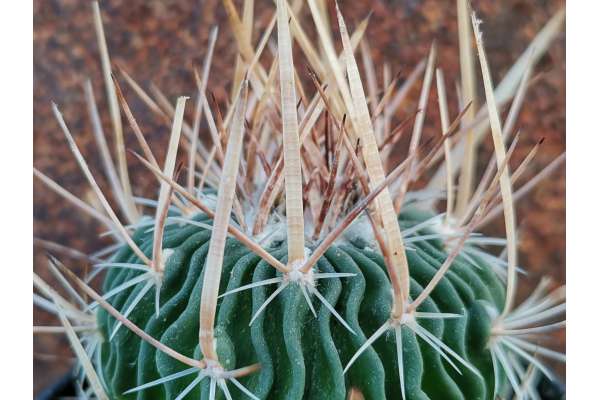 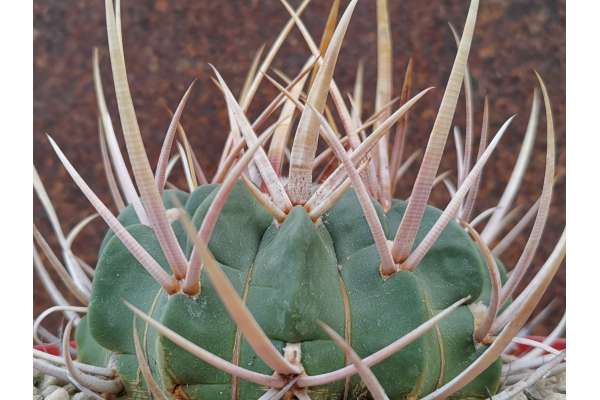 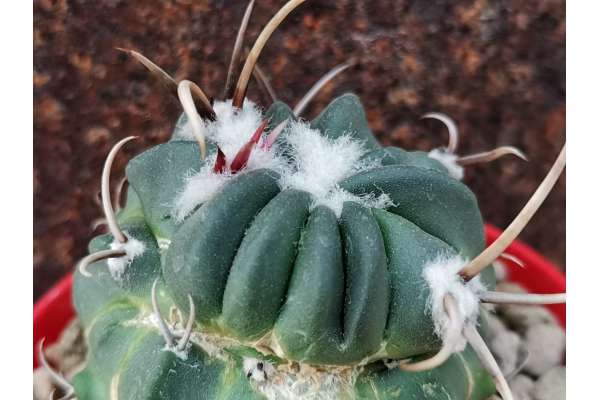 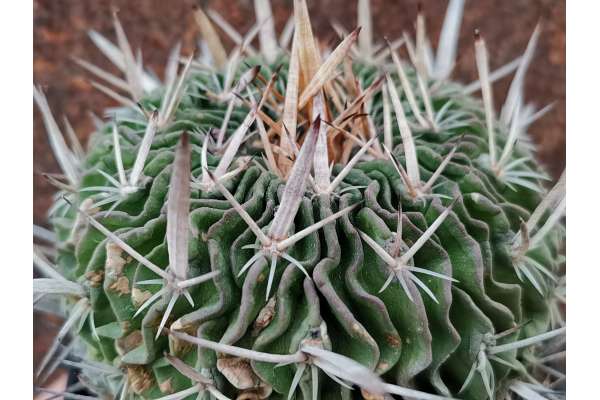 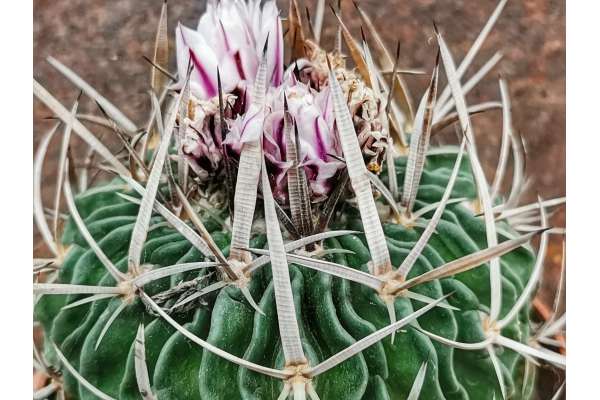 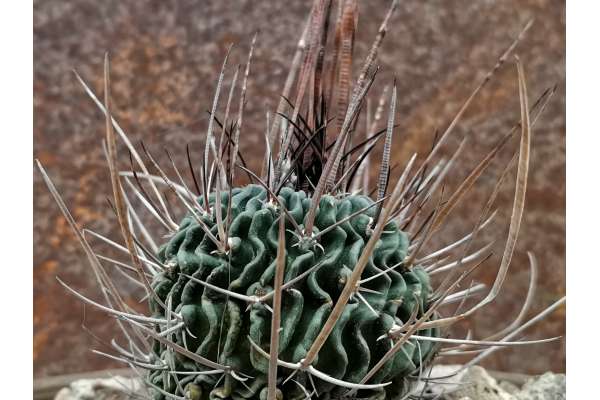 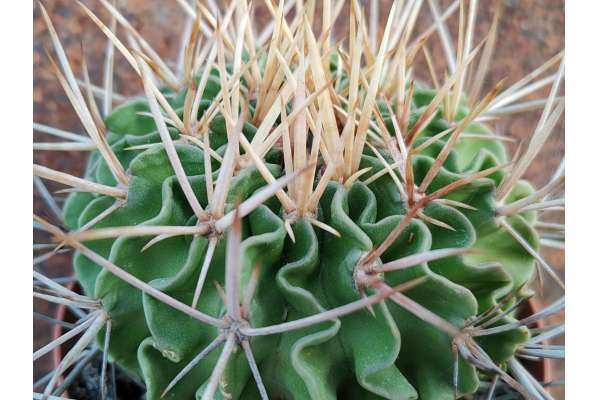 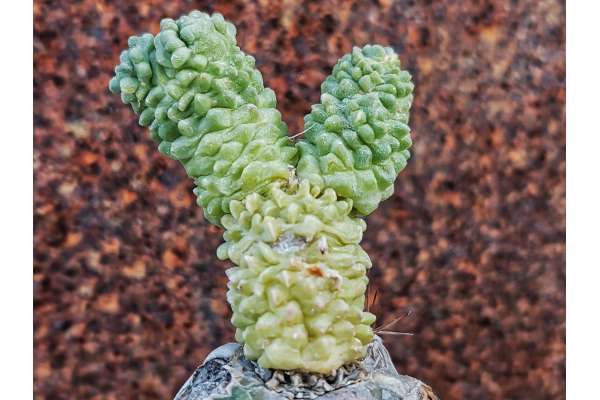 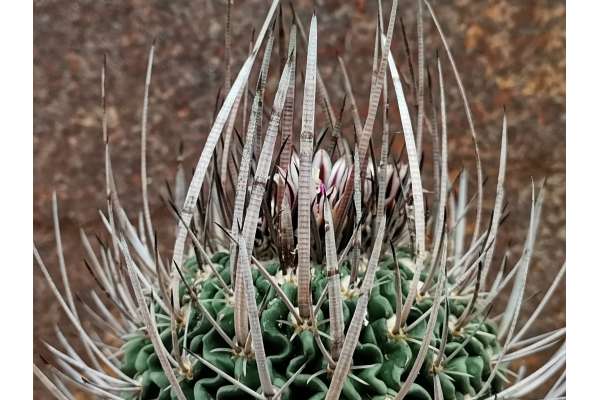 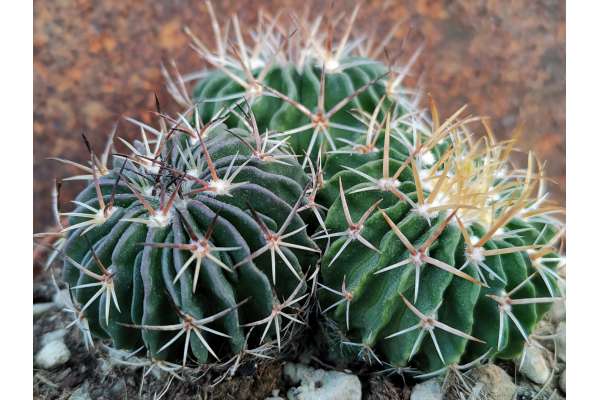 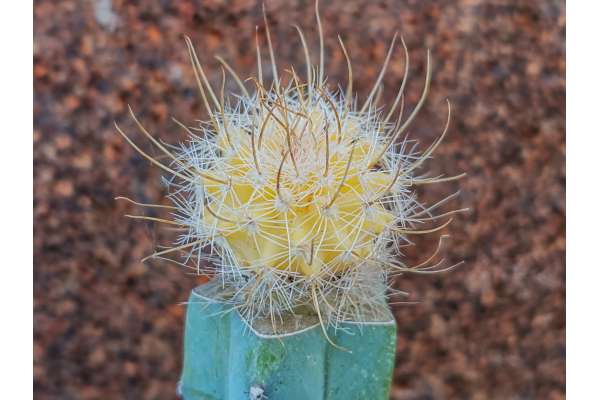 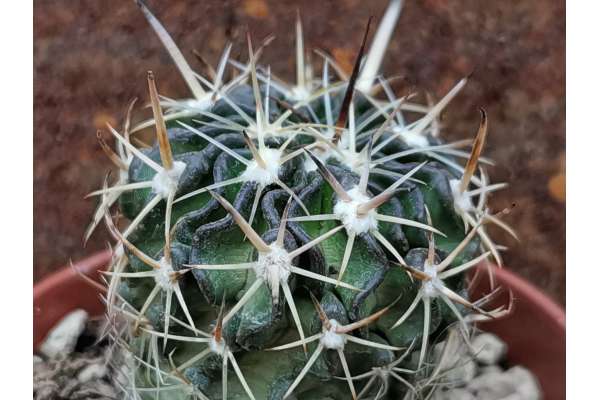 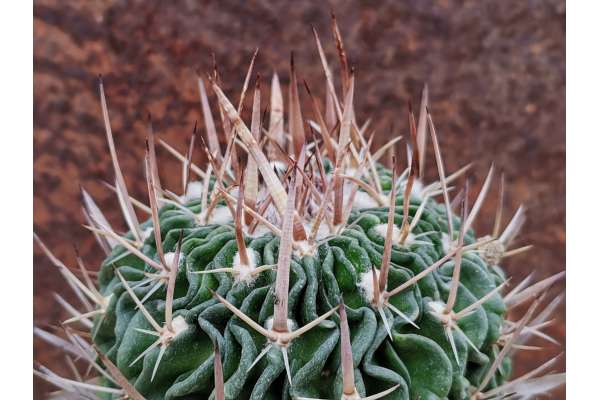 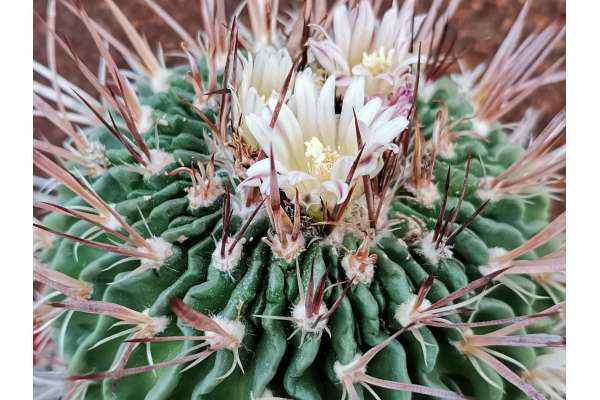 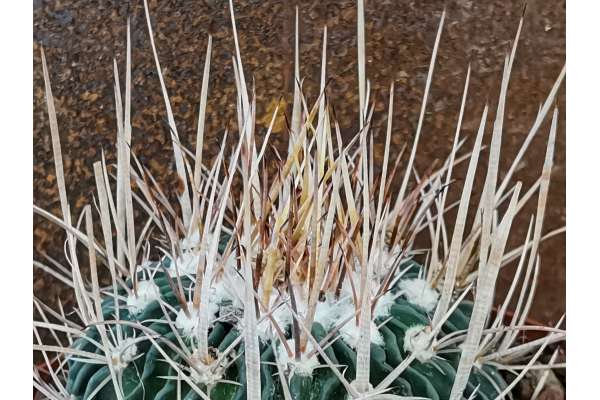 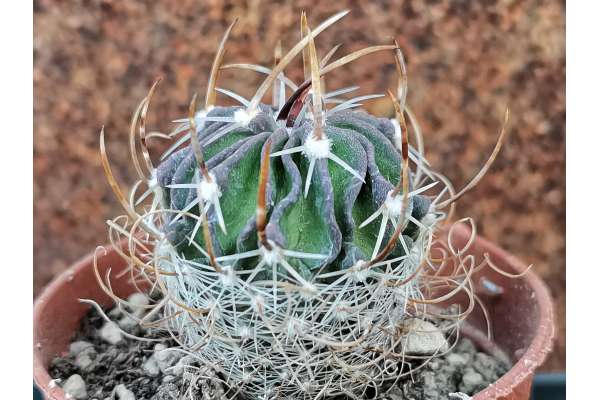 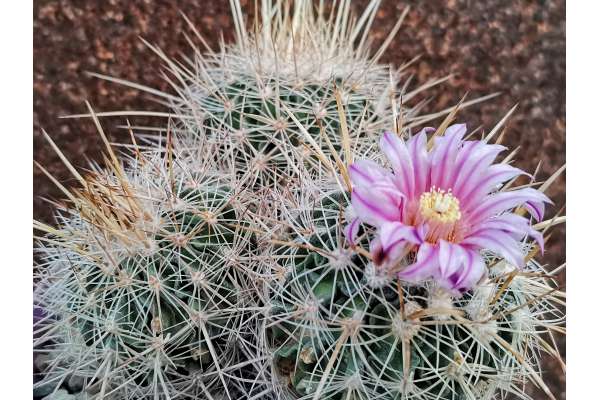 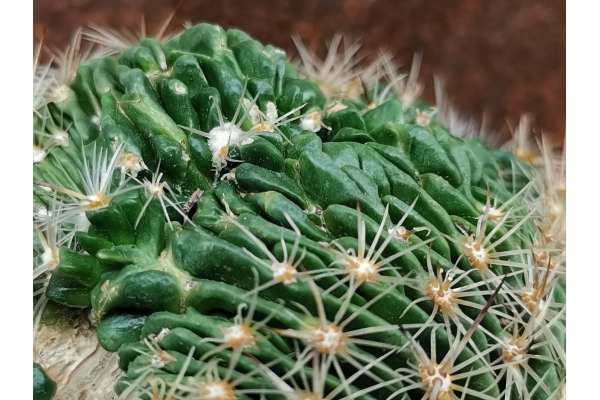 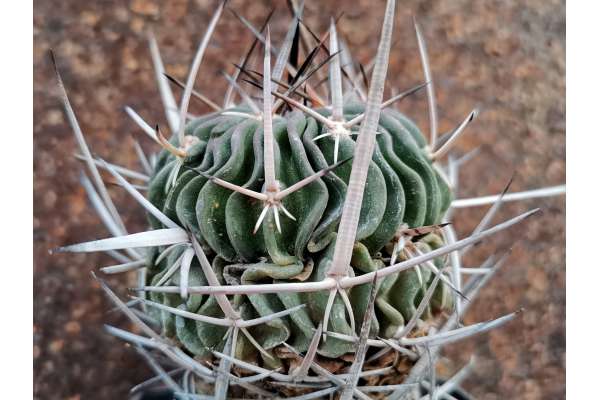 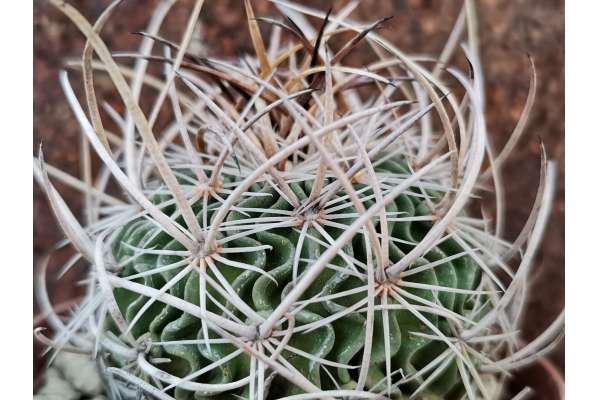 Its name derives from the Greek word "echìnos" ("hedgehog") and from the Latin word "fossula" ("small pit"), referring to all its characteristics: the globular stem, equipped with spines, that makes it resemble a hedgehog, and the ribs that are very pronounced and deep, as well as being frequent, thus creating portions of the stem almost lamellar (for this peculiarity is easily distinguishable from any other plant). The areoles are irregularly arranged and are rather sparse, as are the spines that emerge from them, wich are usually strong and rather long (in very young specimens they are longer than the size of the body!). The strongly scenographic aspect is completed by a rather small, but extremely peculiar inflorescence: it is made up of funnel-shaped flowers of delicate colors, but often streaked with purple, which create a strong and pleasant contrast with the central yellow stamens.