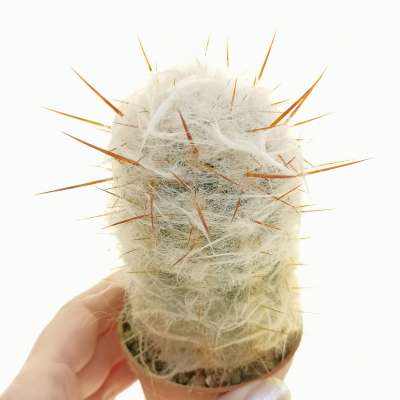 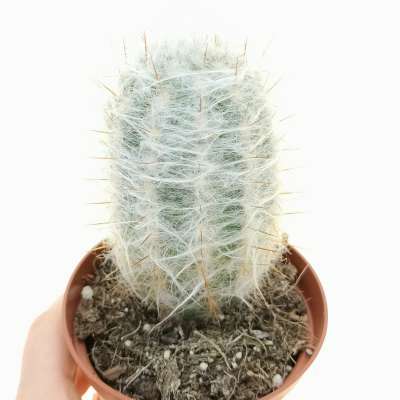 It is a cactus with a very particular and easily recognizable appearance, consisting of globular bodies, when young, which then tend to grow up to one meter in height. The stems are of a beautiful light green color, completely hidden by a thick and long down, from which sturdy central spines of a reddish or dark color emerge. This down, for which it has become such an unmistakable cactus, is the result of the evolution of the central spines, which took on this aspect to protect the plant from cold and the strong sun of the mountain environments, from which it comes. Precisely because of this white "hat" and its provenance, it has also been pleasantly nicknamed "the old man of the Andes"!