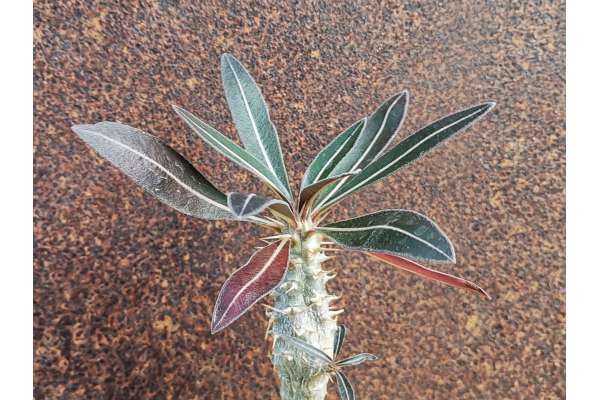 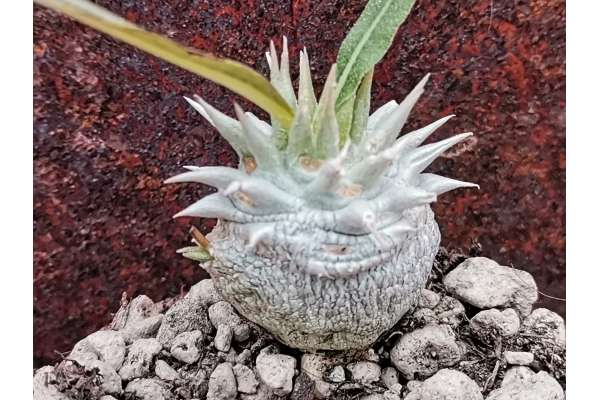 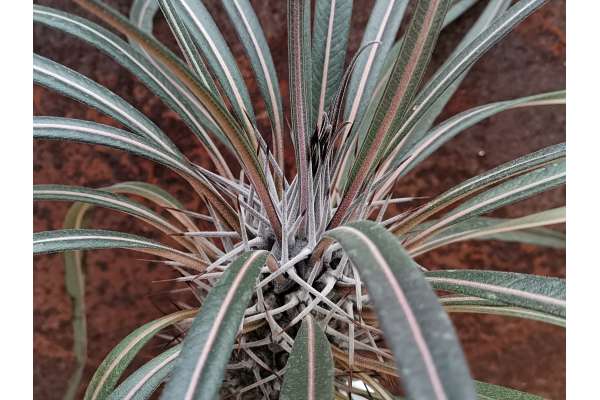 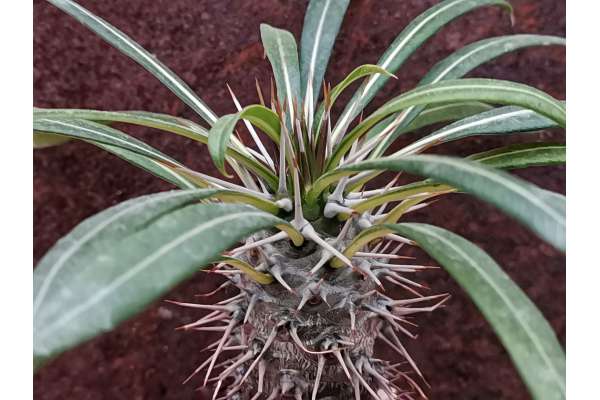 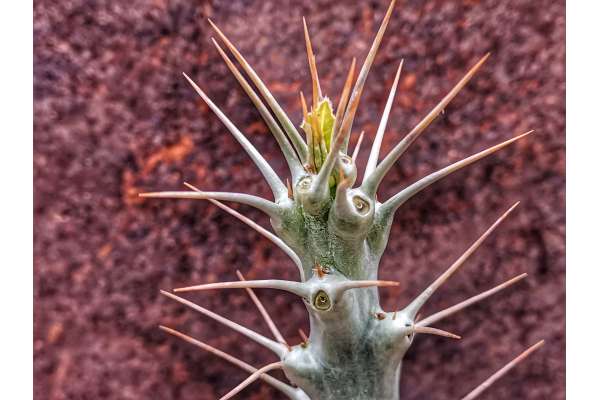 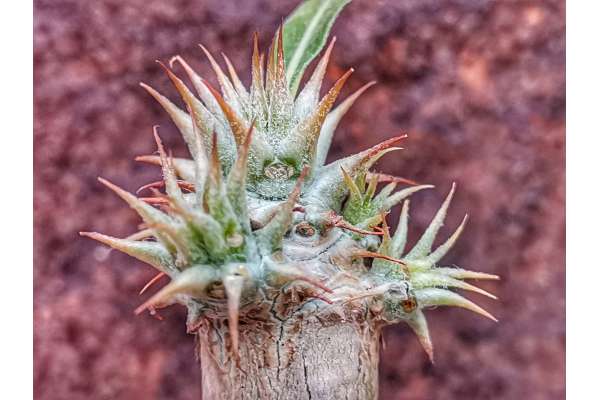 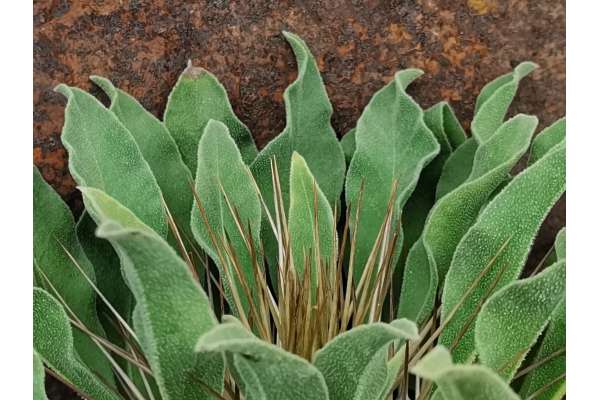 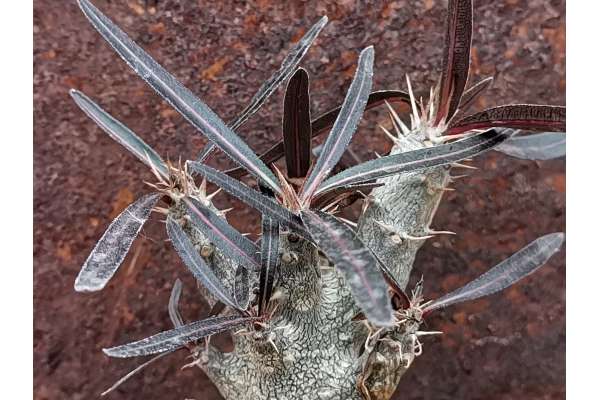 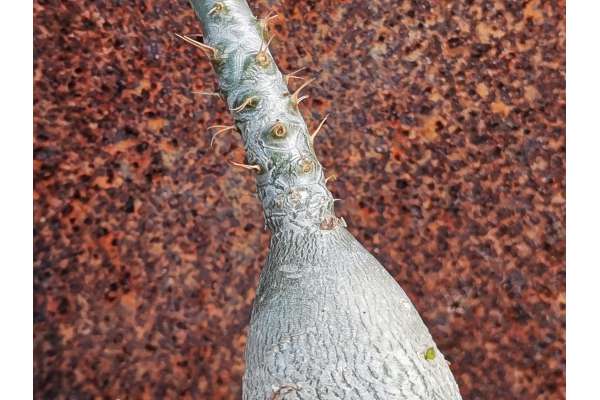 Its name derives from Greek and means "big foot", referring to the particular shape of the stem of these small trees, which are wide at the base, narrowing towards the foliage - the characteristic, that makes them commonly called "palms of the Madagascar". Other species, on the other hand, have impressive asymmetrical caudexes, that are always different from each other, with ramifications, that give it a bushy habit. They come from extremely arid areas, and their appearance fully demonstrates it: they have a fleshy succulent stem, which stores water supplies for periods of drought, thorns along the stem, which allow to favor the condensation from dew or fog, so as to make it fall back on the ground near the roots, an epidermis, that can perform chlorophyll photosynthesis, considering that the leaves are very small, compared to the size of the plant. This rare and highly sought-after succulent hardly blooms in our climatic and environmental conditions, however the unusual and ornamental shapes of its body can bring an exotic and exclusive touch to your interiors!