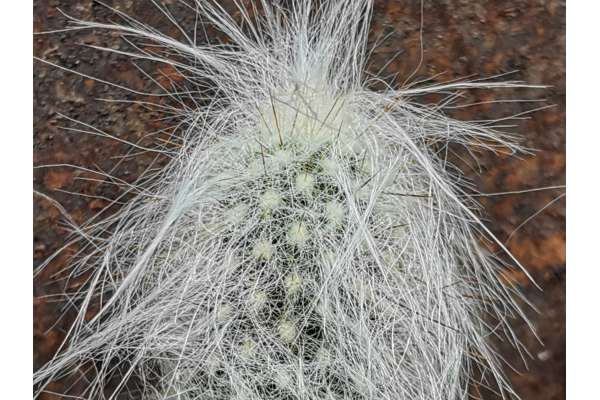 We are talking about a completely new genus, which was only recognized in 2014. The name of these plants comes from ancient Greek and literally means "rocky bluff", accompanied by the suffix "cereus" which, as in all cacti of this type, indicates the columnar bearing, similar to a candle. Today the genus includes only one species, Cremnocereus albipilosus, made up of erect stems that form shrubs, completely hidden by a thick white down, from which darker thorns can be seen. Due to its appearance this cactus is very similar to Oreocereus, from which it is clearly distinguished thanks to the particular flower, different in shape and by the peculiar characteristic of being pollinated at night by bats. Not much is known yet about this outside of appearance, studies are still in progress: it is a really new genus, so all to be discovered! Here are some tips for its cultivation: It needs a lot of light during all seasons. It loves high temperatures such as those of the Rio Grande coasts from which it comes, for this reason it is recommended to shelter it in ventilated places during the winter. Water moderately, only when the soil is completely dry. It is sufficient once a week in spring and summer, once a month in autumn and to suspend completely in winter. A well-draining soil is optimal, even better if further enriched with inert materials such as pumice or lapillus. They do not require frequent fertilization, it will be sufficient to dilute fertilizer with watering once a year.