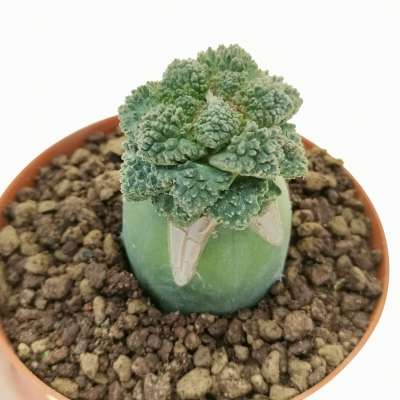 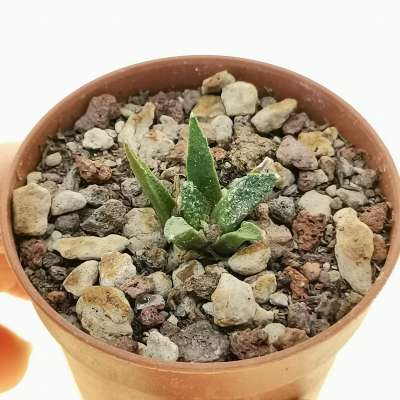 This rare succulent plant is often called 'Living rock cactus', in fact in nature it tends to blend in with the surrounding environment. It is a slow-growing cactus, which reaches a diameter of 15 cm only after about 50 years of its life. It grows in the form of a dark green rosette, formed by triangular, fleshy, very pronounced tubercles, rough to the touch. Adult plants have a white, downy stripe in the center of the tubercles. A. fissuratus is a very particular cactus due to the characteristic absence of spines. In autumn, you can admire its beautiful pink flowers sprouting from its downy foliage.