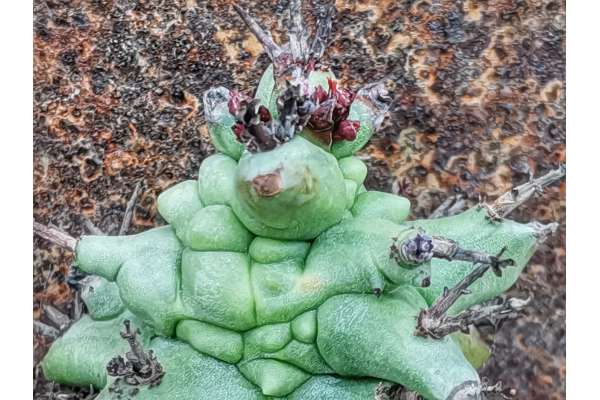 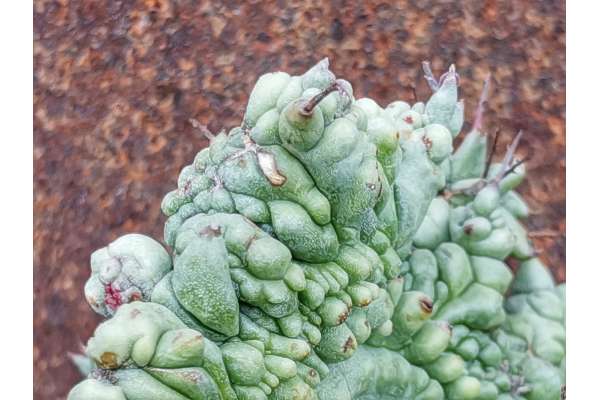 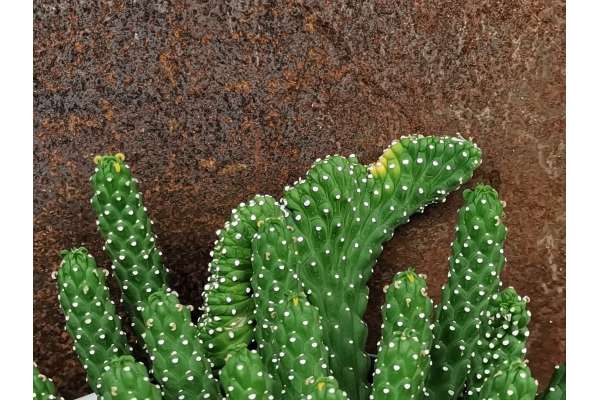 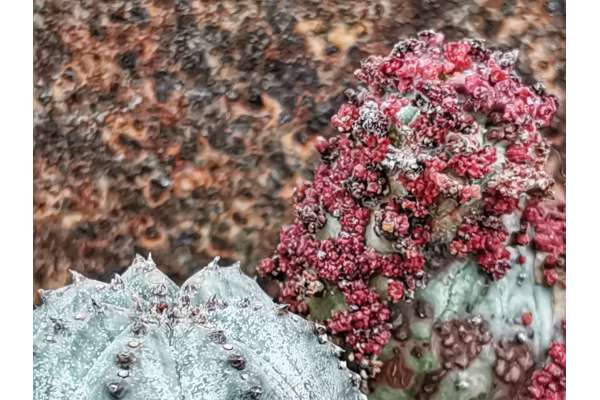 The etymology of its name has several origins: according to some of them, it derives from the Latin word "euphorbium", which indicated a small number of plants with poisonous milky juice; according to others, it derives from Greek and literally means "well fed"; another derivation says that the name was given in honor of Euphorbo - the personal doctor of the king of Mauritania, who is believed to be the first one to use the plant in the medical field. There are as many origins, as the species of this genus: it is in fact one of the largest genera, with a columnar habit, which, however, may also be of a prolifera form, shrubby or sometimes herbaceous, with leaves, completely glabrous or even strongly thorny (a characteristic that often makes it similar to cacti, with which it actually has nothing in common!). The characteristics that unite the thousands of species, however, are certainly the showy flowers, consisting of a single female flower, surrounded by a group of male flowers. Another common feature is undoubtedly the internal milky liquid, which comes out abundantly when the stem or leaves are cut down, which is considered highly irritating and poisonous. In some species this "milk" is exploited for the production of rubber, caoutchouc, as well as tapioca and even castor oil! Its multifaceted character makes this perennial succulent highly appreciated for various reasons: starting from its particular shapes, to unique leaves or thorns, as well as its showy inflorescences: there will be no corner of your home that cannot be perfectly decorated by an Euphorbia!