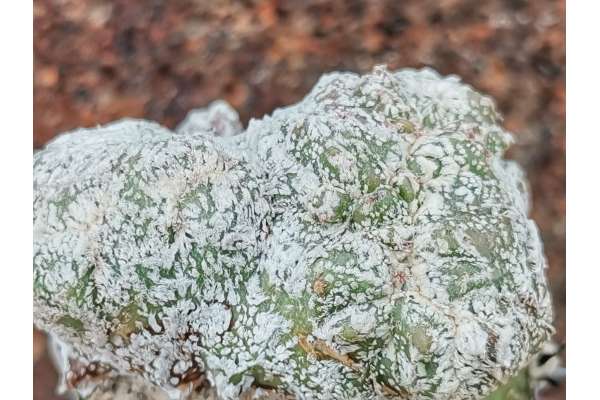 The name of the genus Astrophytum derives from the Greek words "astèr" which means "star" and "phytòn" which means "plant", as these particular cacti have many ribs, which, seen from above, look just like stars. These plants, native to Mexico, in their natural habitat grow camouflaging with the surrounding environment, often dug-in almost completely. Astrophytums are, however, best known for their greenhouse variants (cultivars), which are far more numerous and which take on the most extravagant and bizarre forms: each specimen differs a lot from the other ones and is truly unique. The plants of the Astrophytum genus are highly sought after for their ornamental value, given both by the uniqueness of its specimens, and by their large and beautiful flowers that can take on various shades of white, yellow and pink, which makes them very versatile to decorate your design pots and give a touch of charm to any type of environment.