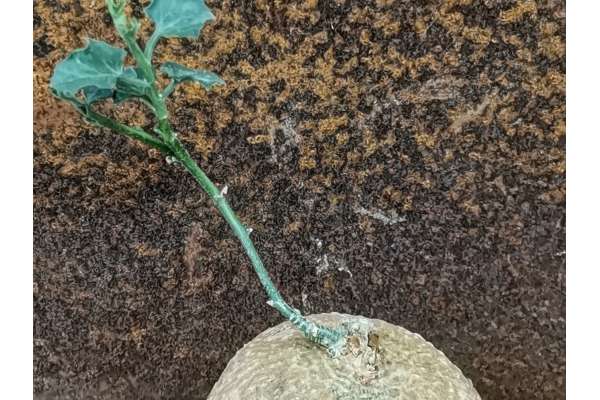 The genus Kedrostis owes its name to an ancient plant cucurbitacea, at first sight very similar. It is made up of many species, characterized by the peculiar caudex of dimensions that reach, with the growth, a diameter of over half a metre, assuming sculptural forms so particular to make each plant really unique! This plant is a typical example of how nature can perfectly adapt itself to the environment that surrounds it: coming from the torrid African lands, Kedrostis has adopted its imposing tuber as a stratagem to store as much water as possible during rains, so as to exploit it during long periods of drought! But that’s not all: even the climbing stems that develop annually "adapt" to receive physical support from other vegetation, generating long and winding green bushes. Perhaps not many know that this beautiful plant has important beneficial properties: commonly cooked and used in the past in the areas of origin for food to draw important nutrients, is still considered valuable also to maintain the control of obesity!