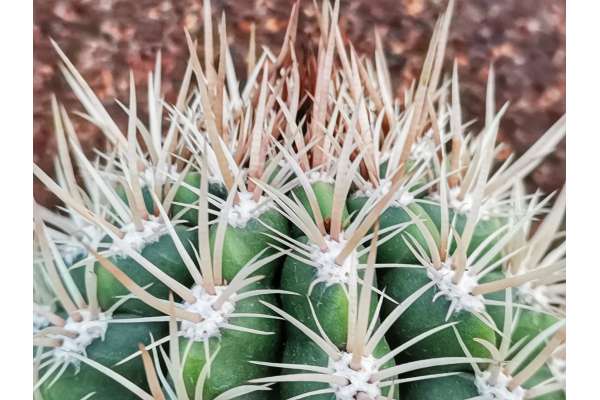 Its name derives from Greek and literally means "sheathed head", referring to the cephalium that develops at the apex as the plant grows up, or a downy spherical "head" from which large nocturnal flowers bloom. Another reference in the name is the term "cereus", which indicates its typically columnar habit; in nature, it can exceed 2 meters in height, its body is marked by deep ribs and thick robust spines, which give the plant an extremely solemn and at the same time very ornamental aspect. Unlike other cacti that have cephalium, Coleocephalocereus continues its slow growth even after its cephalium has been formed completely, which creates a truly spectacular effect, in which the showy apical down contrasts nicely with the green of the plant!