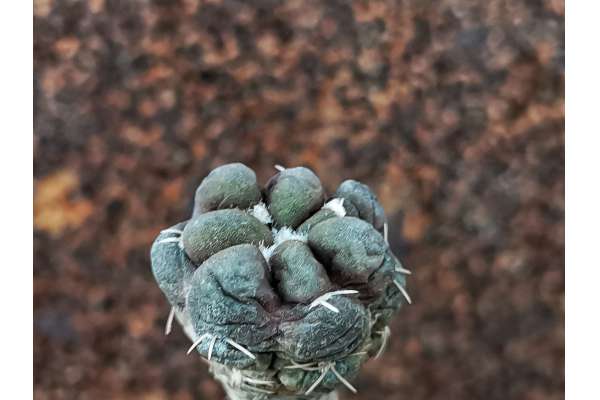 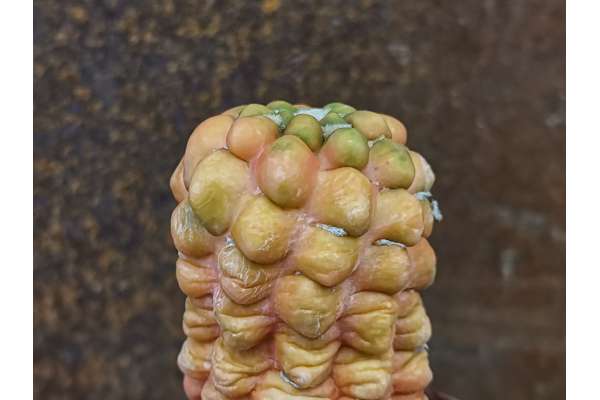 Its name comes from Cinti - a Bolivian town from which it originates. It’sa recently discovered genus, which currently includes only one species, Cintia knizei, native to high mountain areas. Their origin has forced the plants to adapt to live in extreme environments, leading them to resist between intense cold and torrid heat, in very arid soils. It is a cactus that does not exceed a few centimeters in diameter, but still manages to be a true masterpiece in miniature, with its shades of the stem that often change from olive green to orange or purple. Rather lumpy and not perfectly symmetrical, its strange colors create an exceptional contrast with the large bright yellow flowers that bloom at the apex, and that cover the plant almost entirely! Here are some tips for its cultivation: It requires a lot of light throughout the year, however, avoid direct sunlight especially during the hottest hours of the day. It prefers rather mild temperatures, however it still survives even at temperatures close to freezing if the soil is dry. Water moderately but only when the soil is completely dry. It is enough to water it once a week in spring and summer, reduce it to once every two months in autumn, and to suspend it completely in winter. The best soil is a draining one, for example formed by a mix of peat and pumice so that water does not stagnate. They do not need frequent fertilization, it is sufficient to dilute the fertilizer with watering once a year.