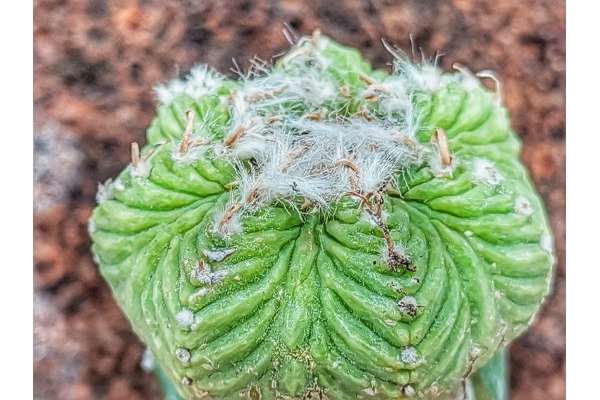 It is an extremely rare genus of plants, which includes only three species whose name derives from the Aztecs, a population of northern Mexico from which these cacti originates from. They are real miniature jewels, extremely small in size (considered to be among the smallest cacti in the world) but with an impressive amount of detail in just a few centimeters! They are characterized by very sparse or almost absent thorns and a star-shaped section due to the prominent tubercles, as well as by a light and rather lively color. They have an extremely slow growth, which is why it is not uncommon to find them grafted onto other plants to favor their development. They also present a slightly more demanding cultivation than other cacti, but the show they offer and the uniqueness they give to your environments will pay off and make you a true connoisseurs!