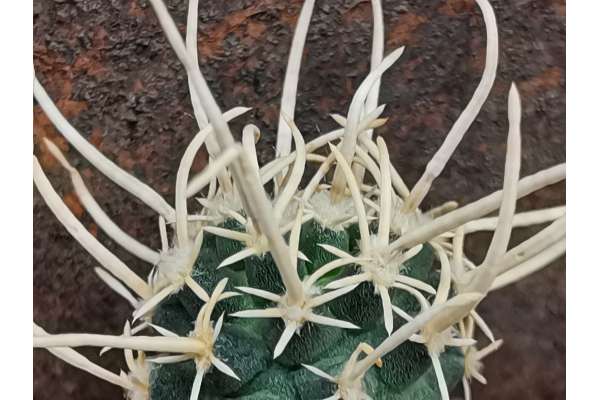 Navajoa is a genus of dwarf, rare cacti from northern Arizona, in the United States. It includes only two species: N. durispina and N. fickeisenii, though either the number of species and the classification of the entire genus is uncertain. Some authors suggest that the genus Navajoa should be part of the genus Pediocactus. Some other authors, instead, suggest that Navajoa is a separate genus including only one species with 2 or 3 subspecies instead of 2 species. The uncertainity in the attribution of names is typical of small genera of rare cacti. On the market, you thus may find the same plant named in different ways: Pediocactus sp. or Navajoa sp. These plants are also known as “pincushion cactus”, due to their stiff spines, that cover them. Plants of this genus are usually small and solitary, with small spines. In summer, they bloom with beautiful red, pink and yellow flowers. Navajoa is a cold-resistant genus, ideal for making your garden even more special. Here are some simple tips for its proper care and cultivation: It requires a lot of brightness during all seasons and rather airy places. It is preferable to keep it at mild temperatures and never below 6 °c, for this reason it is recommended to shelter it during the winter period. Water moderately, making sure that the soil is completely dry between each watering. It is enough to water the plant once a week in spring and summer, once a month in autumn and to suspend watering completely in winter. We suggest well-draining soil as an optimal solution, even better if further enriched with inert materials such as pumice. These are plants that do not need frequent fertilization, for that reason it is sufficient to dilute a specific cacti fertilizer with watering once a year, if deemed necessary.